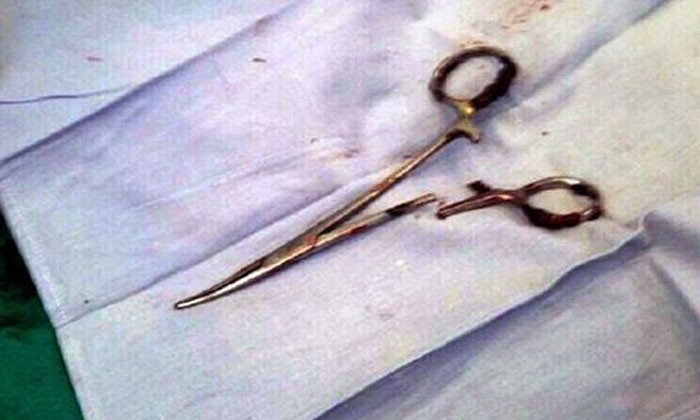 A pair of scissors which were in Ma Van Nhat's abdomen for 18 years was removed by surgeons who flew from Hanoi to Thai Nguyen province in the north of Vietnam.

The 54-year-old went to the hospital for treatment after a road accident last month and discovered a sharp object on the left side of his stomach through an ultrasound test.

According to Tuoi Tre newspaper via The Straits Times, tests confirmed he had a 15cm pair of surgical scissors next to his colon after going through a second check in a hospital near his home province of Bac Kan.

China Global TV Network reported that the scissors was most likely left by doctors during an operation he underwent in 1998 after a car accident.

Apparently, Ma Van did not suffer any pain during the 18 years, except for some recent stomach pain he has been having.

After a three-hour procedure, the scissors were taken out by the surgeons who mentioned how the rusty handles of the scissors had become stuck to some organs.

Bac Kan General Hospital has been ordered by the Health Ministry to account for the scissors it could have left inside Ma Van for almost two decades.

Ma Van is expected to leave the hospital and go home next week.