39-year-old mum spends over S$340,000 to become 'Human Barbie': check out all the surgeries she's undergone 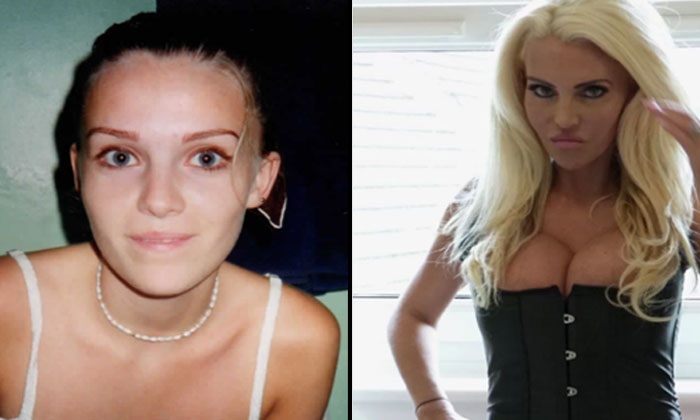 Much like most girls, Amanda Love used to play with her Barbie dolls.

And ever since, her ambition was to become like Barbie.

39 today and a mother of four, Amanda has described herself to have a "passion for plastic perfection", and is planning her fourth boob job to take her up to 30MM, reported Metro.

She also spends over £11,000 (S$18,687.73) a year on various beauty treatments, including regular Botox injections, fillers and collagen lip plumpers.

"I remember watching Baywatch; Pamela Anderson was my idol and I wanted to look like her," said Amanda.

According to Amanda's eldest daughter, she's even been mistaken for their older sister.

"People mistake us all the time for being sisters. They think we are the same age.

"Even when I was at school, people would say 'oh, your mum looks like your sister.'

However, Amanda might seem rather intimidating, she lives a quiet life and devoted her time to her children and extensive beauty routine.

She gets a blow dry once a week, and gets her manicure, facial, eyelashes and eyebrows done every fortnight. As for her makeup, she tattoos it on -- just like Barbie's.

Prior to her ambitious journey on becoming a human Barbie, Amanda was a model in Scotland, but later left to pursue her career fulltime.

"I was a size zero with no boobs at all.

"All my friends in LA had big boobs and I was so jealous that I didn’t have that…but my partner at the time didn’t want me to as he liked me looking natural."

Upon moving back home after giving birth to Tegan, Amanda met her husband Paul -- a glamour model fan who supported her decision to get surgery.

She enlarged her breasts to a 30C during the surgery, but wasn’t satisfied with them.

"After the surgery I woke up and cried because they were so small, I was so disappointed. I wanted these big round boobies and they weren’t big enough."

With four children to support now, Amanda has returned to modelling to fund her fourth boob job – and, thanks to Instagram, it’s been going well.

"It started off with me taking pictures in nice dresses and putting them on Instagram.

"I was getting more and more likes. Now I get fan mail and followers from all over the world. It’s crazy!

However, Tegan isn’t too keen for her mum to get more surgery.

"I don’t think Mum needs to get anything done.

"I think she was beautiful before and every time she gets something done I get quite upset."

Unfortunately Amanda has no intention of stopping anytime soon. After her next boob job, she intends on getting some of her ribs removed to get a tiny waist.