30kg anorexic woman turns her life around... and you'll marvel at how she looks like now 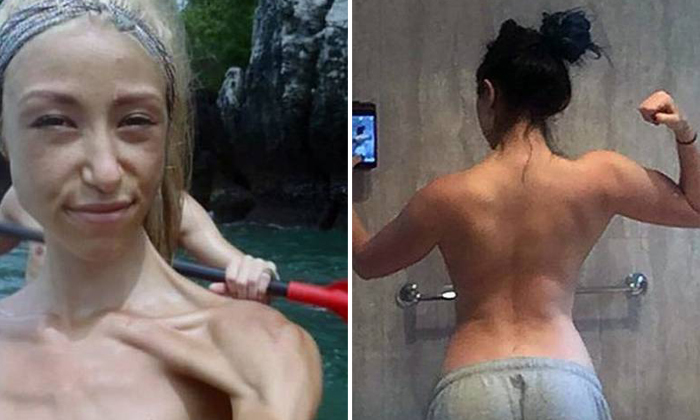 Sophie Gajnik, who suffered from anorexia and plummeted to a mere 30kg at one point, has reclaimed her health as well as life.

According to Asian Town, the 24-year-old woman from Melbourne, Australia, was introduced to sport at a young age.

However, the pressure of university left little time for exercise, causing her to gain 5kg.

Desperate to get back in shape, Sophie started scrutinising her diet and exercising until she collapsed in exhaustion.

But it was not until her hair started falling out that she realised she needed to make a change.

Her diet of lettuce and avoiding fatty foods has been replaced by chicken schnitzels and dozens of eggs in her attempt to build muscles.

Sophie is now a healthy 66kg and has found a passion for body-building.

Check out her transformation in the gallery.