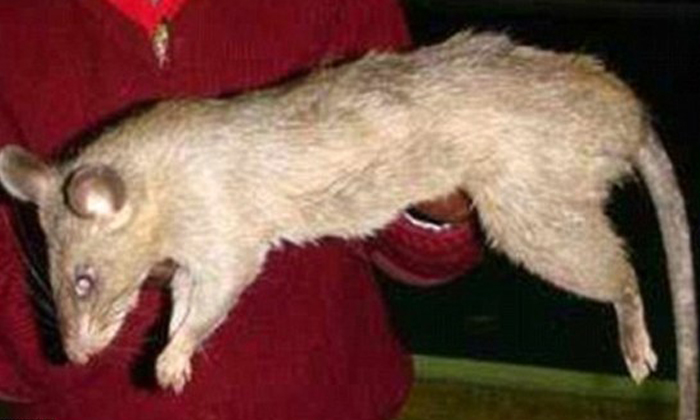 A three-month-old baby girl in Johannesburg, South Africa, was allegedly eaten alive by giant rats when her mother left her alone to go out partying.

According to The Lad Bible via Daily Mail, it is reported that the 26-year-old mother took the infant's twin brother out and went on an 'all-night drinking binge'.

She then returned home, only to find her infant laying on a bed, devoured by rodents. The woman has since been arrested and charged with child neglect.

"The baby could only have died a painful death. The infant's tongue, eyes and fingers had all been eaten.

"Besides the missing body parts, the remains of her body had bites and wounds all over that were inflicted by the sharp teeth of the rats.

"This woman must rot in jail. She does not deserve to be a mother."

The daughter of the woman's landlord said that both babies had been in hospital last week but she did not know the reason why.

"She came back in the early hours of the morning with a new boyfriend and they tried to break into the shack since she had lost the key and they found the baby girl dead. They were claiming that the child was burnt," she added.

Captain Mega Ndobe, from Katlehong police, confirmed that the mother had admitted to going out drinking on the evening of the death.

She added that she had been charged with child negligence and that the case will go to court next year.

The surviving twin is now in the custody of his dad and his dad's new partner.