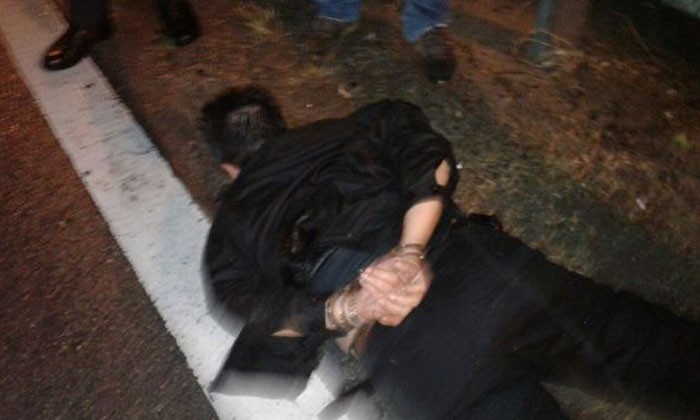 According to The Star, the three people were in their cars when they were shot and there was four others injured in the shooting.

George Town OCPD Asst Comm Mior Faridalathrash Wahid confirmed the shooting, adding that they were still investigating at the scene.

A fourth victim, said to be a woman, was seriously injured after she was shot.

She was then sent to Penang Hospital for treatment.

RTM cameraman Muhamad Amirul Amin Amir was also hit by a stray bullet in the shoulder when he passed by the area in his motorcycle.

He was said to be heading towards the Pesta Pulau Pinang with his friend Mohamad Iskandar Osman when the shooting happened.

Traffic was almost at a standstill heading towards Penang Bridge.

The suspect who fired the shots has been arrested.

Penang CID chief Senior Asst Comm Zainol Samah said the shooter was the personal bodyguard of the Datuk and was travelling with him in his car.

He told a press conference on Thursday night,

"Another passenger in the car tried to escape on foot, but the suspect continued firing shots at him."

SAC Zainol said police are still investigating the motive for the shooting.