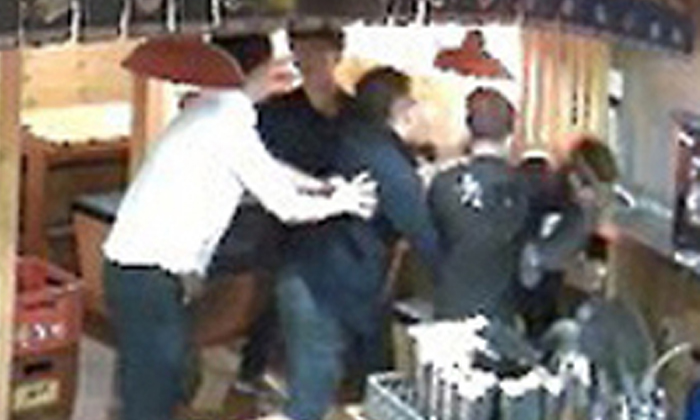 Three students from China have been arrested for allegedly assaulting a restaurant employee on Jeju Island.

According to Shanghaiist, the incident occurred last Tuesday at around 4am when the establishment was about to close.

Instead of settling the bill and leaving, the students argued that they could stay awhile longer due to the 'time difference between China and South Korea'.

They also asked for more alcohol -- a request that was refused by the restaurant worker.

The patrons then started throwing water bottles at the poor guy while asking in Korean, "Are you ignoring us because we're Chinese?"

They then pushed him into a corner and started 'roughing him up'.

This is just the latest in a troubling series of incidents involving Chinese tourists in Jeju.

Back in early September, a group of rowdy Chinese tourists beat up a restaurant owner on the island after she told them not to bring in drinks from outside.

One week later, a Chinese tourist stabbed a Korean woman to death as she was praying at a local chapel because she reminded him of his ex-wife.

Related Stories
Chinese auntie slams unruly China tourist at Phuket beach in epic rant
What were they thinking? Chinese tourists in Thailand feed swamp full of crocodiles from flimsy raft
Backpackers boast about sneaking into MBS infinity pool online despite it being potentially illegal
Tourists get watch stolen in Thailand --- then say this photo shows who the thieves are
tourists
tourists arrested
china tourists beat up korean
assault
arrest