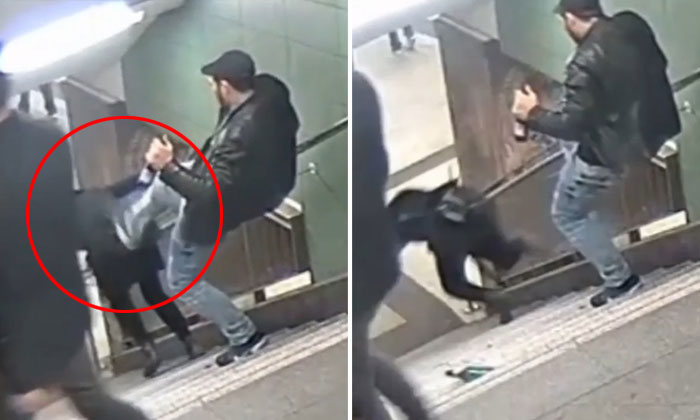 An unprovoked attack on a woman at a Berlin underground train station has triggered outrage online.

CCTV camera footage released by the Berlin police shows a group of four men walking past a woman heading down a flight of stairs.

One of the men suddenly breaks from the group and approaches the woman, kicking her down the stairs.

The woman broke her arm in the process, BBC reported.

The man, who is seen to be smoking and holding on to what appears to be a bottle of beer, then staggers away from the scene.

One of the men in the group stares at the woman for a few seconds before picking up a bottle from the floor and strolls away, leaving the woman writhing in pain on the floor.

German newspaper Der Tagesspiegel reported that the victim was a 26-year-old woman who was heading towards the train platform when she was attacked from the back.

The incident is believed to have occurred on Oct 27 at 12.20am at the Berlin Hermannstraße railway station.

The video was only released by the German authorities in December in a bid to identify the men.

One man has been arrested so far, BBC added.