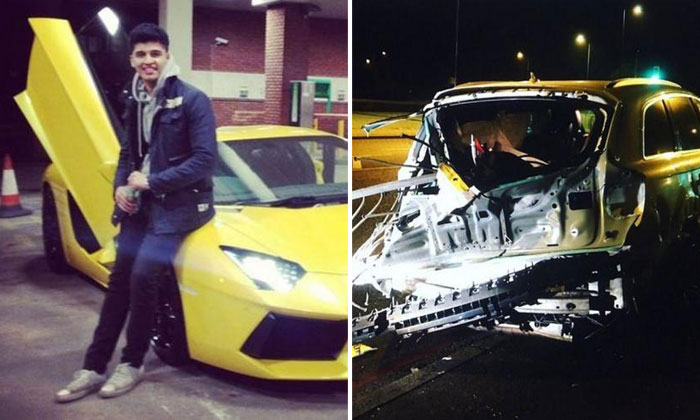 According to The Daily Mail, the 21-year-old millionaire's white SUV was crashed into by a black Audi in Birmingham, England, during a hit-and-run.

He survived the accident and shared pictures of his mangled car on social media following what happened.

Photos of the accident featured on Acid Cow show the rear of his SUV totally smashed,

Railings can also be seen jutting out from the back of his white car.

"Those metal railings could have been through my chest and today I wouldn't be here.

"That's would of been the end of my story. God really looked over me last night."

A photo of a black car believed to be the Audi was also uploaded onto social media. Its bonnet was severely damaged during the accident.

See what happened in the gallery above.