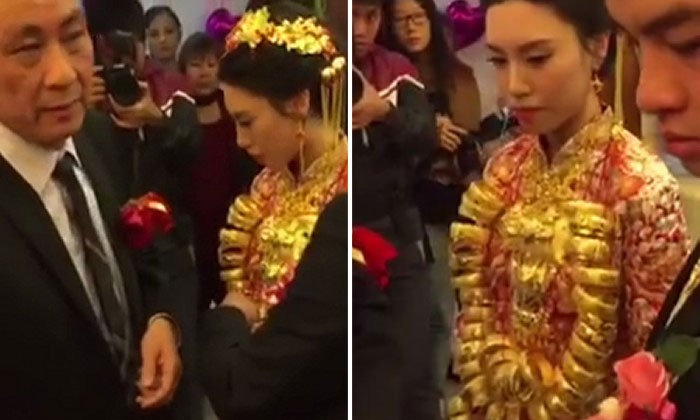 A 20-year-old woman got married to a 70-year-old billionaire and received 20kg of gold during the wedding ceremony, but she looked unhappy and unfazed by the whole ceremony.

In a video posted by Wilma Germanes Costa on Facebook, she can seen decked in beautiful, bountiful, jewellery.

Throughout the entire video, her face appeared to be lost in bewilderment as she silently accepted the token of love -- which seemed to be weighing her down.

However, towards the end of the video, a smile did appear on her face.

Many netizens commented on the post, saying how lucky the bride was.

Watch the video below and take a look at how the groom piles the accessories on his bride.