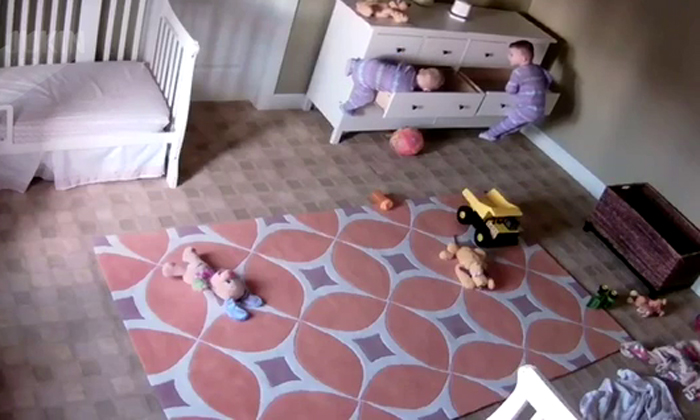 Move aside Captain America, Utah’s got a new superhero and he’s only a toddler.

In a 2-minute long video uploaded on Jukin Media on Mon (Jan 2), two-year-old twin brothers Bowdy and Brock Shoff can be seen playing with a cupboard in their bedroom when it collapsed. pinning Brock underneath the corner.

Brock can be seen struggling to escape, but the weight of the cupboard proved too much for him to handle. Bowdy first tries to lift the cupboard but failed.

He then somehow managed to muster the strength to push it away to free his brother.

"We didn't hear anything, we normally hear them throwing their toys, they are super mischievous.

Brock's and Bowdy's parents were unaware of the incident, even after it had occurred. It was only until their mother, Kayli Shoff, awoke and checked the surveillance footage that she saw the fallen cupboard.

“We were hesitant to post this video initially, but a lot of parents have probably made the same mistake that we made, (they) don’t have their furniture secured or bolted to a wall,” Shoff added.

He also warned parents to make sure all their cupboards were bolted and secured to the wall.

The video has received more than five million views on YouTube since it was uploaded two days ago.