2 dead bodies, a shower of cash, and one big mystery in Guangzhou 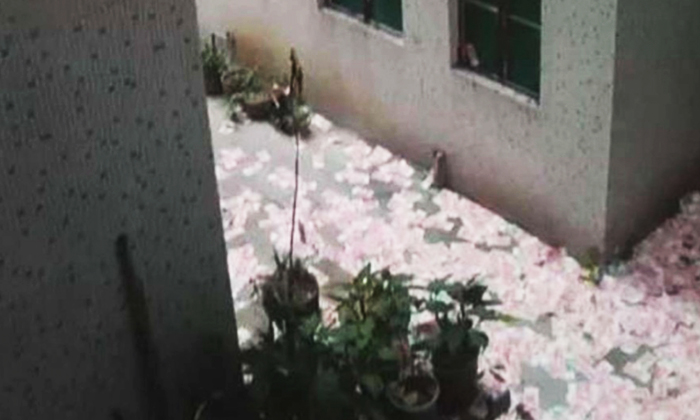 Two dead bodies were found at a residential block in Guangzhou in southern China on Friday (Dec 2) morning, as wads of cash rained down all over the compound, South China Morning Post reported.

While police did not confirm whether the deaths and the dollars were related, residents said they heard an argument in a unit on that level around dawn, according to the South China Morning Post.

It continued in the stairwell, and a cleaner said the man jumped off the building at about 7.25am.

Security guards who retrieved the fallen cash said the sum amounted to hundreds of thousands of yuan, and filled three large plastic bags.

More cash covered the stairwell and the area outside, the report said.

However, none of the residents pocketed any of the money, as they feared it carried evil spirits bearing ill fortune.

Related Stories
Man on trial for killing 'godmother': He allegedly suffocated her with pillow choking her
Legless body found in suitcase at Little India: Man changes story after police show him footage
Man cuts off toddler's head and dumps him into lake for crying for hours
Watch blood-curdling video of murderer live-streaming his getaway -- after going on killing spree
China
police