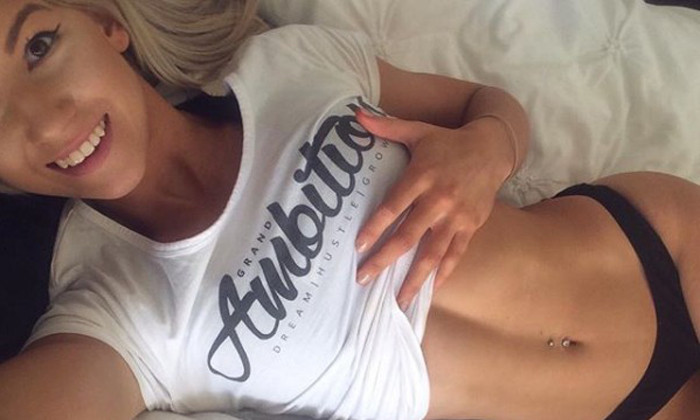 Jonathan Pearlman For The Straits Times In Sydney
Sunday, Aug 28, 2016

Late last month, an Australian teenager was horrified to learn that she was the victim of a vile online "hunt".

Ms Tiahna Prosser, 18, had become another in a growing number of young women across the country specifically named in an online chat forum by users seeking sexually explicit images of her.

Discussing her experience, Ms Prosser, a bodybuilder and model with a strong online following, said it was "like I had been sold".

"It's just horrible especially when they want it of you specifically - that's when it's really disturbing," she told Queensland's Courier-Mail newspaper.

Ms Prosser decided to go public after it was revealed last week that more than 2,000 images of women - including students from more than 70 schools - had been circulated on the site.

Police reportedly had initially claimed that they could not act because the site was based offshore. Then on Aug 19, they revealed that it had been shut down.

"Wherever material such as this is identified, the (Australian Federal Police) will continue to work closely with its domestic and international partners to determine appropriate courses of action," a spokesman told The Sunday Times.

In a sombre warning to parents, Detective Senior Sergeant David Miles, an officer in the state of Queensland, warned that it was becoming a "normal" practice for young people in Australia to share explicit images of themselves.

Most children older than 12, he said, now have a smartphone or tablet and they start by sharing "selfies" but this "normally progresses" to sharing revealing and sexually explicit images. Typically, the images are shared with friends or boyfriends, but the teens often fail to consider that the photos could later be widely circulated.

"Parents give these devices to their children and don't really understand the power that these kids have in their hands," he said.

"They (young people) don't understand that this imagery is then available and is promulgated on the World Wide Web. Once it is out there, it is there forever."

Schools across Australia have been advising students to be careful about what they text or post online. Experts have also urged parents to use the revelations about the site to speak to their children about online safety.

"Yes, it's embarrassing, awkward and almost something parents put in the 'too hard' basket and don't address it," a cyber-safety expert and former police officer, Ms Susan McLean, told the Southern Star newspaper last Thursday. "This is the perfect opportunity (to) sit down with your children and have a conversation, not in an accusatory or demeaning way, but just showing them 'look what happens'."

The offending photo-sharing site, which was set up in December last year, apparently allowed users to ask for pictures of students and teenagers from specific locations or schools across Australia.

Many of the images were reportedly taken by former boyfriends or partners or had been posted online but not necessarily for public consumption. Some images included names of the girls and encouraged users of the site to give ratings.

"Remember you haven't done anything wrong," the website says.

"The person who shared your photo or video is in the wrong and they should feel ashamed and embarrassed… not you."