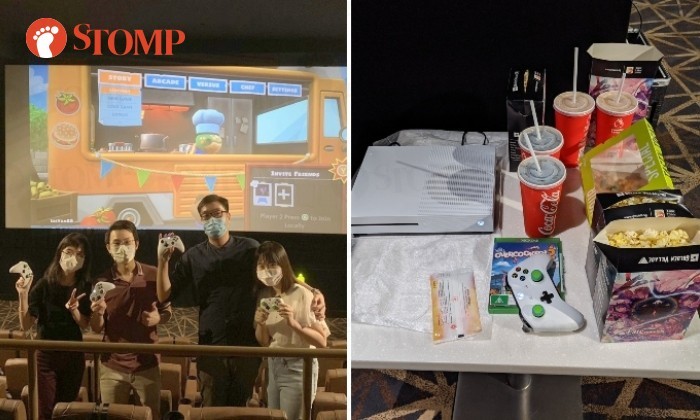 Stomper L and his wife were on the hunt for a fun activity to add to their weekend plans -- and the usual cafe hopping and shopping just did not cut it.

So when the couple and their two friends came up with the unique idea to book a cinema hall and play Xbox on the movie theatre's big screen, they knew it was something they had to document. 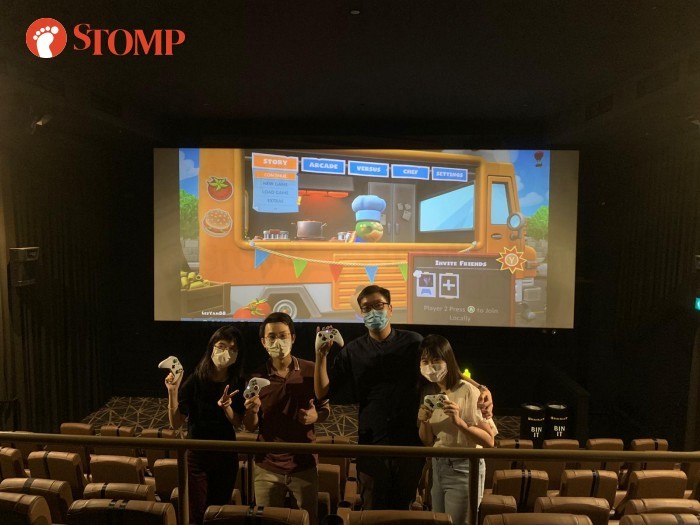 L told Stomp that he emailed many movie theatres about this ingenious idea on Nov 1 and that Golden Village was the only one that responded to him.

He subsequently managed to secure a time slot for their gaming session at the Funan outlet on Nov 21, from 3pm to 6pm.

"We have no idea when the travel restrictions will be lifted, and finding interesting things to do in Singapore on a weekend can be a challenging task," L said.

"So after coming up with this idea and discussing it with my wife and our two friends, we thought 'why not?'

"Golden Village not only replied to our emails, but allowed us to test our gaming console in the cinema hall before we actually made payment."

The Stomper added that even though it was $400 for a three-hour session, they had no regrets.

"It wasn't a cheap activity, but the entire experience was priceless as we had the whole cinema hall to ourselves," he said.

"There were no restrictions as to where we could sit and we were also allowed to adjust the lighting of the hall to suit the ambience during the game.

"We played different games such as Tumblestone and Moving Out. And the Xbox One that we used worked just fine with the big screen.

"Drinks, popcorn and small bites such as wings and chips were also provided, so my verdict is that it's worth it! I would highly recommend others to try out this new gaming experience themselves.

"Just like how there are cruises to nowhere and opportunities to dine on board a plane, I think it's cool to try something different especially since we are unable to travel overseas right now." 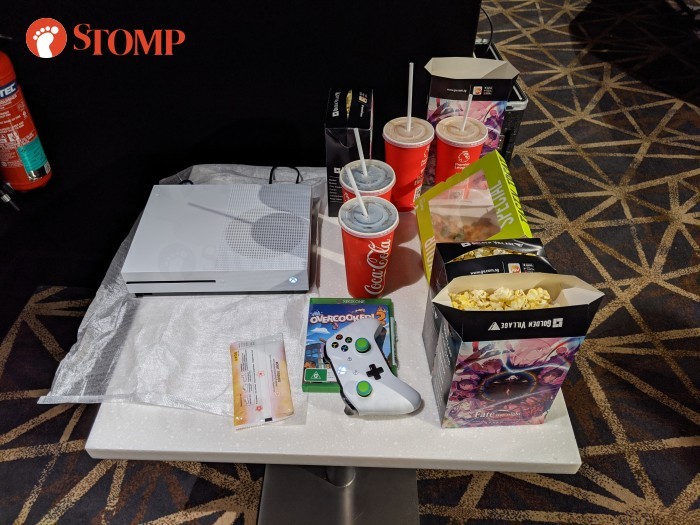 In response to a Stomp query, a spokesman for Golden Village said: "We are pleased that the group enjoyed their private gaming session at GV Funan. We also want to extend our thanks to them for supporting Golden Village.

"At Golden Village, we are committed to providing patrons with a ‘more than a movie’ experience at our cinemas."

The spokesman added that those who are keen to rent their halls can easily reach out at sales@goldenvillage.com.sg.

"We will do our best to accommodate to their request and provide them and their guests with an enjoyable experience," said the spokesman.

"Customers keen on a gaming experience like no other can consider renting a hall at our newest GV Funan cinema. Our GV Funan cinema halls have a dedicated line port that allows for easy internet connectivity for online games.

"There is also a HDMI port so you can link your gaming consoles to our Barco Smart Laser projectors to view on the big screen.

"As the safety and wellbeing of patrons is our top priority, do note that all safety and social distancing measures apply. At present, a maximum of five people will be allowed in a rented cinema hall."