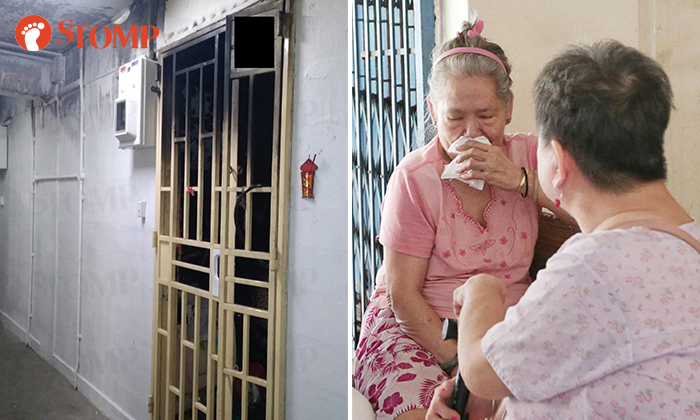 A 78-year-old resident at 8 French Road promised to clear piles of rubbish from her flat after the candles she accidentally knocked over led to a fire.

A Stomper first alerted Stomp to the incident as he was woken up by police who informed him that a fire had broken out at a unit above his at about 8am.

The Stomper contributed more photos of the aftermath.

He told Stomp: "I was curious about what had happened, so I went up to the third floor at about 3pm yesterday (Nov 26).

"There wasn't anyone in the house.

"I noticed black marks lining the corridor and there was a smoky smell.

"After this, I feel that we must be careful especially with electrical outlets and appliances.

"If we don't switch off these electrical items, a fire can break out any time."

Residing in a unit on the third floor, Chen Yue Zhu said: "Yesterday (Nov 26), I was about to light some incense sticks for my prayers.

"I accidentally knocked a candle over and that's how the fire started."

Chen attempted to put out the fire but it was spreading too quickly.

She told Shin Min Daily News that although she found her key, the smoke impeded her vision and she was unable to locate the lock on her door.

Chen shouted for help and a neighbour managed to open the door for her with the key.

Having lived there for at least 42 years, Chen's house was filled to the brim with her possessions. These include clothes, shoes and other items given to her.

Photos of Chen's unit show that items were piled so high that they reached the ceiling. 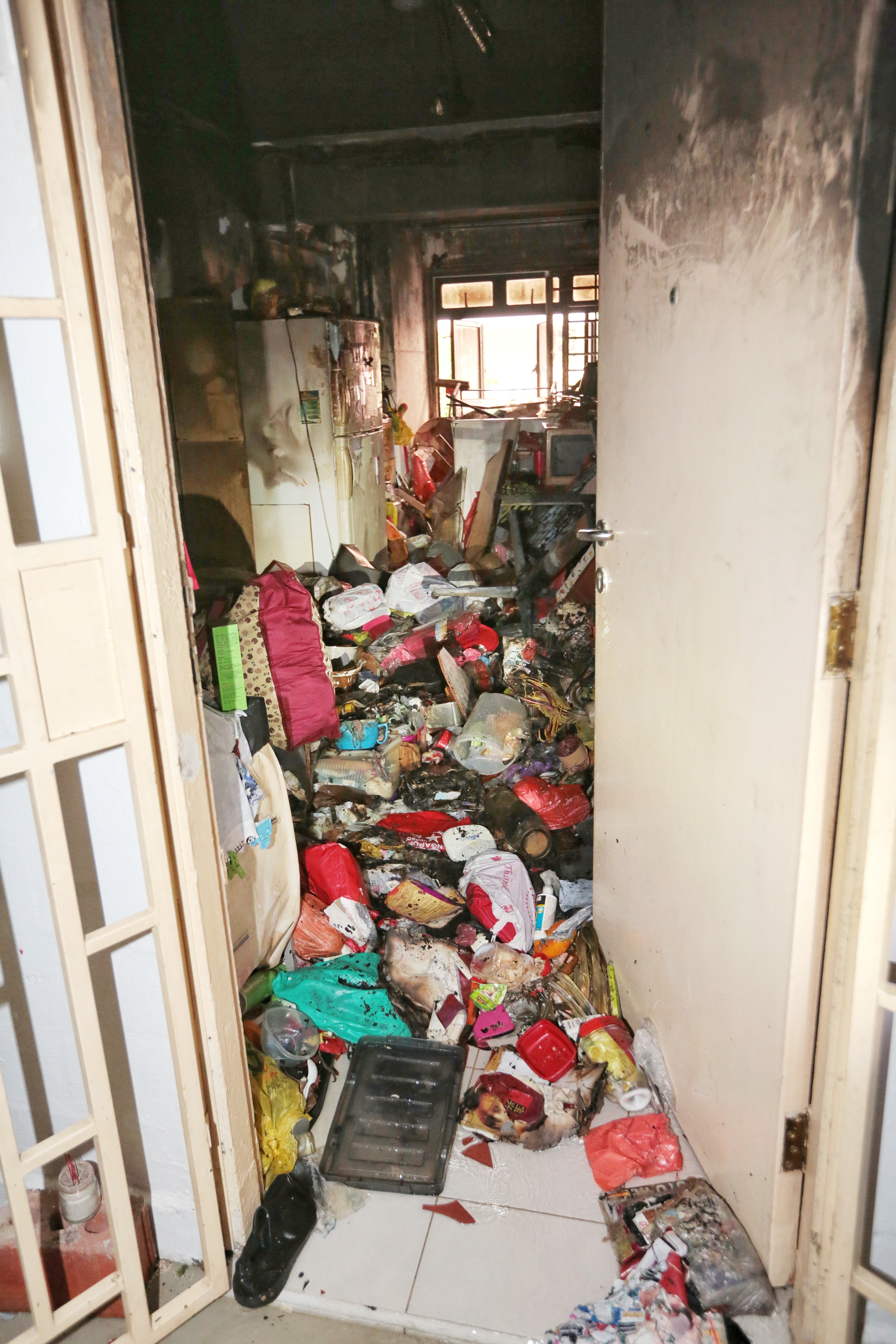 MP for Jalan Besar GRC Denise Phua said in a Facebook post that Chen has promised to clear her items.

65-year-old retiree Fu Qi Bao, who resides on the same floor as Chen, said: "I previously told her she couldn't accumulate items as her unit would become a rubbish house.

"I advised her to clear the items from her unit but she didn't listen."

Chen admits that although she knew there were plenty of items in her unit, she never thought a fire would break out and this has been a lesson for her.