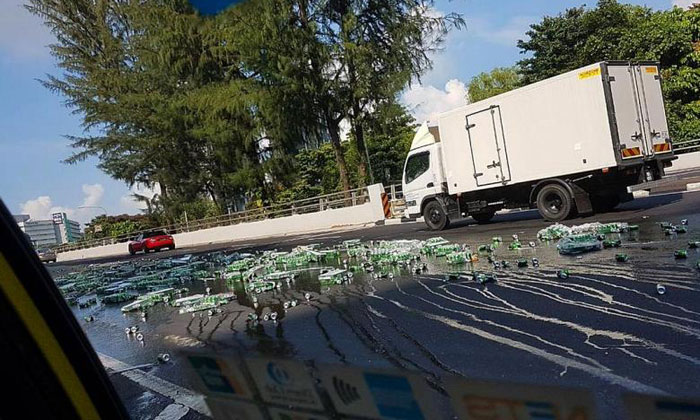 It blocked off two lanes on the three-lane road.

Mr Terance Lim, 23, a sales executive, was in a taxi that drove past the scene at around 10am.He estimated that there were several hundred cans of beer on the road.

He told The New Paper: "There were probably more than 20 cartons on the road. I was in awe because we don't see that all the time, and it was beer."

TNP understands no other vehicles were involved and no one was injured.

The Land Transport Authority said in a tweet at around 10.35am that there was an accident in Clementi Road after AYE. In another tweet, it said there was an obstacle there and to avoid the left lane.

A Carlsberg spokesman told TNP the truck was unlikely to be from the company or its appointed vendors.

He said they assessed the site and by 2pm, most of the spillage had been cleared.