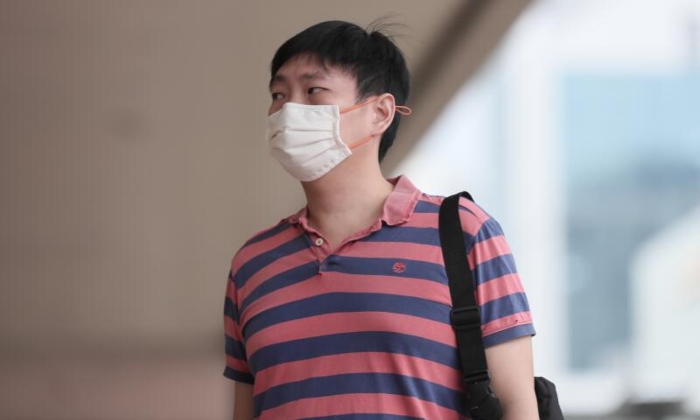 A former lecturer at the Institute of Technical Education who took more than 300 upskirt video clips using a modified mini camera was on Monday (Dec 7) sentenced to 32 weeks in jail.

Chia Teck Huat, 41, had pleaded guilty on Oct 29 to three charges of insulting a woman's modesty.

One other similar charge was taken into consideration during sentencing by District Judge Adam Nakhoda.

The court had earlier heard that Chia modified mini cameras that he bought online so that they could be concealed in his laptop bag.

He would attach one of the cameras to a portable charger and position it to peek out from the side of the bag.

Between July and October 2017, he would walk around shopping malls, such as Plaza Singapura, looking for middle-aged office women wearing short skirts.

Following these women, he would position the camera under their dresses or skirts and record video clips.

Chia would later review the clips that he filmed and copy those that successfully captured the victim's underwear to his personal electronic devices.

A man who suspected that Chia was taking upskirt images made a police report on Oct 23, 2017 and Chia was arrested the same day.

Court documents state that 362 video clips were recovered from Chia's tablet and thumb drive, which were seized in a raid at his house.

Of these, 314 were taken between July and October 2017, while 21 others were undated. The remaining clips could not be played.

On Monday, District Judge Nakhoda said there was a "high degree of planning and pre-meditation" by Chia.

He noted that the former lecturer had sourced for the mini cameras online for the purpose of committing the offences, and also experimented with the camera set-up in his laptop bag for "optimal positioning".

However, the judge recognised that Chia had been diagnosed with voyeuristic and adjustment disorders, and had gone for 34 counselling sessions to address his offending behaviour since his arrest. He has also not reoffended.

For each of his offences, Chia could have been jailed for up to a year, or fined, or both.