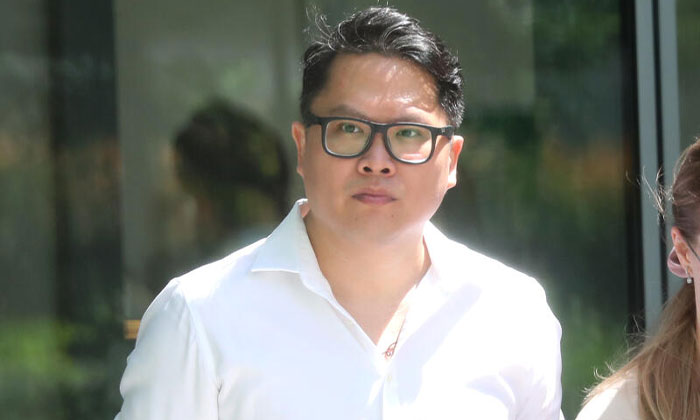 A director at an employment and student recruitment agency has pleaded guilty to misappropriating $4,400 that a client paid for a work pass application.

The client, a 28-year-old Malaysian woman, had no clue Ng Yong Sheng had pocketed the money for himself.

Ng, 37, was on Tuesday fined $6,000 for one count of criminal breach of trust. A forgery charge was considered during sentencing.

The court heard that the woman had engaged Empire Global Recruitment’s services in 2017, in order to secure a work pass here.

Ng’s duties included helping clients apply for a work pass in Singapore, and collecting fees for the services rendered.

After he successfully applied for the pass, the woman paid a total of $4,400 over four instalments between May and August 2017.

Ng, who collected the money, pocketed the sum. To conceal his wrongdoing, he created four false invoices and e-mailed them to the woman.

“In order to conceal his wrongdoing, the accused made four false... invoices purportedly issued by the company, and sent them to the client using his e-mail address that was associated with the company.”

Ng later left Empire Global Recruitment in July 2018 and sold his shares in it.

His offences came to light following an audit the firm conducted in August 2018. Its chief executive then filed a police report on Jan 9, 2019.

DPP Liew, who said Ng’s offence was premeditated, asked the court on Tuesday to sentence him to a fine of between $7,000 and $8,000.

Ng was represented by Mr Paul from Cross Street Chambers. The lawyer, who goes by one name, said his client was a first-time offender who has made full restitution to the firm.

Mr Paul told the court: “The sum involved was not on the high side and the company never lost any monies... Ng does accept (the blame) for his mistake... and he is ashamed of his act.”