Former convict says he made 'U-turn' after working as delivery rider with Foodpanda: 'I have quit all vices' 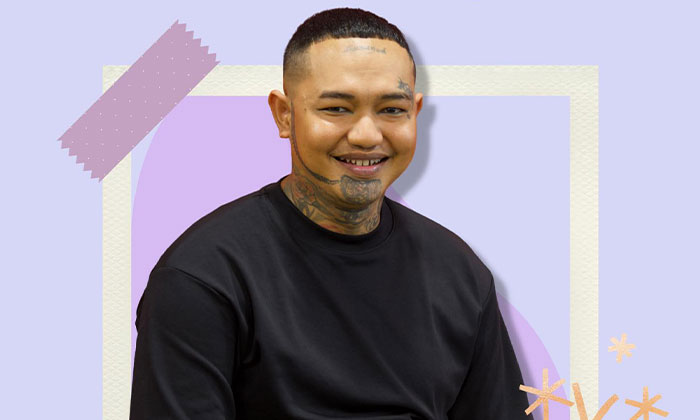 A former convict has turned his life around after working as a food delivery rider with Foodpanda.

Riady Cicak was released from prison last February but at the time, he was not ready to fully reintegrate himself into society.

His story was shared on The Community Action for the Rehabilitation of Ex-offenders (CARE) Network Summit 2022 Facebook page.

"I wanted to stay in prison all my life," he said.

"I believed that committing crimes was fun.

"Each time I was released, I had no confidence to face society.

"I was paranoid that my tattoos would leave a bad impression on interviewers, and it was difficult for me to land a job.

"I would stay crime-free for a maximum of three months before finding my way back into the system."

However, all that changed after his marriage failed.

Riady said his mindset changed completely and he learned to set boundaries with his friends and to say 'no' instead of being his usual 'people-pleasing' self.

Last February, he secured a full-time position with a private company with the majority of his colleagues being his friends.

"However, I realised that working together with friends is challenging and started to lose focus on the job," he said.

"Therefore, I took a leap of faith to change jobs and work as a full-time food delivery rider at Foodpanda.

"With my current job, I feel a lot calmer with less triggers to vices.

"As of today I have managed to quit all vices, even smoking."

It has been more than a year now since Riady's release and he said this is the "proudest moment of my life".

He credits his eldest sister, Sharleen, for getting here here.

"Throughout every single incarceration, Sharleen was there to support me," he said.

"She has been like a parent to me since our mum left us because of cancer."

Despite being shy, Riady, decided to share his stories with others after his counsellor Ms Aieni encouraged him to do so.

"It dawned on me that there were people around me who had faith in me.

"I'm proud to say that I'm successful in life.

"When I say success, I do not mean wealth and riches, but being able to turn around and change when I didn't even expect myself to.

"Now that I'm finally crime-free and a changed man, I want to leave a footprint in people's hearts saying, 'Believe in yourself'."

Related Stories
Ex-security officer who stole $100,000 from hundreds of shops at Orchard Road turned his life around
Ex-convict defies odds to start call centre that hires inmates, the disabled and more
How 29-year-old 'gentle giant' turned his life around from ex-convict to entrepreneur
More About:
ex-convict
inspiring
foodpanda
kudos
food delivery