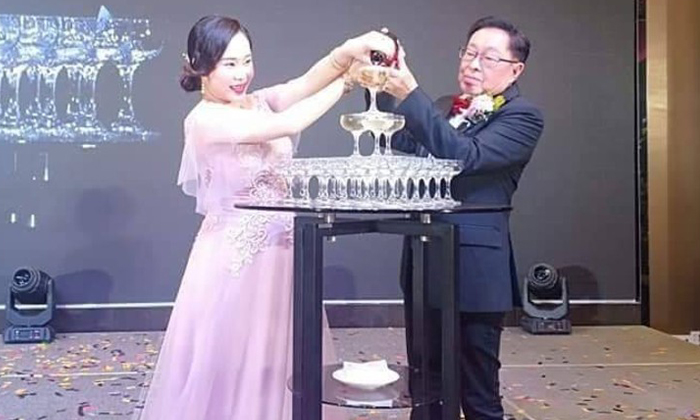 A former child star married a 71-year-old businessman in a lavish ceremony in Malaysia on Wednesday (June 5).

Ms Ee was the second youngest member of Four Golden Princess, an all-girl band popular among children in the 1990s, reported The Star.

Family, friends and Ms Ee's former bandmates were in attendance at the wedding.

The group’s oldest member Ginger Keong Hueh Chin posted a Facebook photo of the former four band members on stage during the ceremony.

She wrote: "It’s been 12 years and we are once again standing on the stage together, without song or dance, only wishing you happiness. I know you will be happy."

According to The Straits Times, Ms Ee is said to be pregnant and is expected to give birth in September.