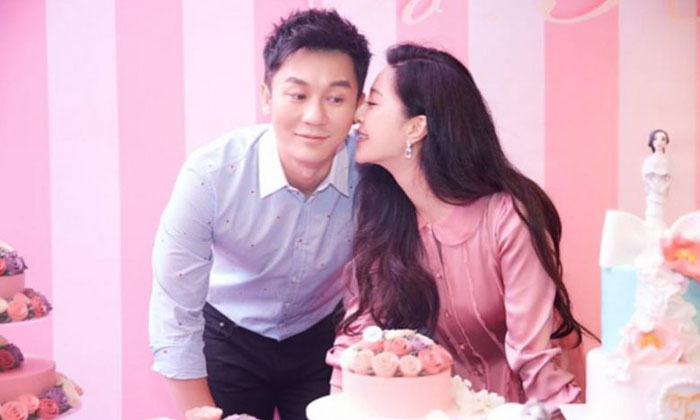 Chinese superstar Fan Bingbing looked to be on the comeback road after she was embroiled in a tax evasion scandal last year, appearing in public for the first time in nearly a year in April.

However, on Thursday (June 27), Fan suffered another setback - this time in her personal life.

The 37-year-old actress announced her split from her fiance, Chinese actor Li Chen, in a Weibo post on Thursday evening.

"There are many goodbyes to be experienced in life. The love and warmth I have received in our relationship will always give me strength, thank you for the support, love and all that you have given me."

"Thank you for the care and love to come in the future. We may not be us anymore, but we are still us."

Shortly after, Li, 40, posted his own announcement on the Chinese micro-blogging platform, stating: "From friends to lovers, and back to friends, how we express our affections may change, but the purest feelings between us will never change, our mutual trust and support is eternal."

He echoed Fan's closing sentence in his post: "We may not be us anymore, but we are still us."

Feeling excited to be in #HM2017CNY
campaign with Li Chen, do you guys want to see our sweet moments? Stay tuned! @hm
#lunarnewyear #HM在一起

Feeling excited to be in #HM2017CNY campaign with Li Chen, do you guys want to see our sweet moments? Stay tuned! @hm #lunarnewyear #HM在一起

Last October, two days after Fan was ordered to settle more than 884 million yuan (S$178 million) in overdue taxes and fines, Li had expressed his support for his fiancee on Weibo.

"No matter how difficult it may be, we will get through this together," he wrote.

The actors made their social media debut as a couple in 2015, after filming the 2014 drama The Empress Of China together.

The celebrity couple announced their engagement in September 2017, on Fan's 36th birthday. Li proposed to Fan at her birthday party.

Then, Li had posted a photo of the proposal on Weibo, with the caption "Us, forever...", and Fan had shared his post, saying: "Forever and ever."