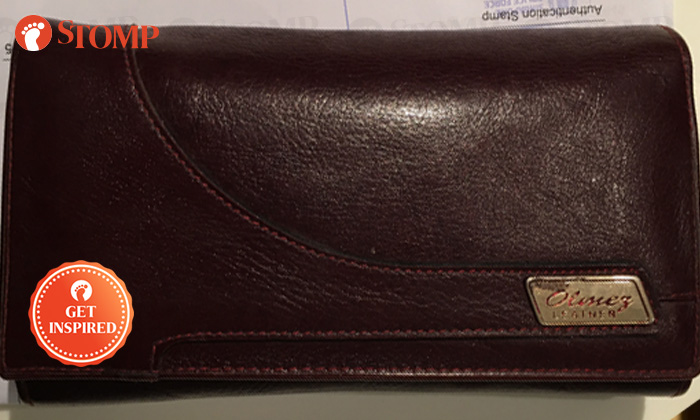 To commend a foreign worker's honesty in returning his helper's purse with everything intact, Stomper Clement wrote into Stomp to highlight his admirable act.

The worker, only known as Pramoon, had taken a cab to Clement's home yesterday (Jul 30) at about 12pm to return the purse.

Clement said: "My helper lost her purse at the void deck of Block 191 Lorong 4 Toa Payoh in the afternoon of July 29.

"She panicked and was worried sick as the purse contains her work permit, identity card, ATM card, and about $200.

"Then on July 30, we were actually going to submit an application for a replacement work permit for my helper but she said someone had returned her purse intact at around lunchtime."

Clement said that because of Pramoon's honesty, he was saved a lot of inconveniences.

"We did not need to get a new work permit and an identity card," he said.

"My helper was delighted and thanked him profusely. She also gave him a small token of appreciation and paid him back for his taxi fare."

Clement told Stomp that the taxi fare was maybe about $30 to his home in Jalan Grisek but he couldn't be sure because he didn't know where the worker boarded the taxi from.

He said: "I'm guessing that it is somewhere near his work site.

"Pramoon told my helper that he just happened to be at the void deck when he found the purse so he followed the address that was on the work permit.

"We are very touched by the honesty of Pramoon and would like to highlight to all that our foreign workers are really a wonderful bunch!"

This is certainly not the first time that foreign workers have been in the spotlight for their kind deeds.

On May 28, three foreign workers were spotted taking time out from their break to shield commuters from the rain at a bus stop opposite Block 323B Sengkang East Way.

Another separate group of foreign workers had helped to prevent a massive congestion by lending a helping hand to a driver whose bus was stranded near Lower Delta Road on July 11.

Related Stories
Workers and soldier push stalled bus at Lower Delta Road, get it moving again
Workers spring into action to push car stuck on staircase at Waterway Point after wrong turn
Workers shield woman with umbrella and take care of her after she gets hit by car at Bukit Batok Rd
Foreign workers sacrifice break time to shield bus commuters from the rain
More About:
inspiring
kind
honest
foreign worker