Foodpanda user orders $107.90 worth of cooking items -- but gets only vegetables 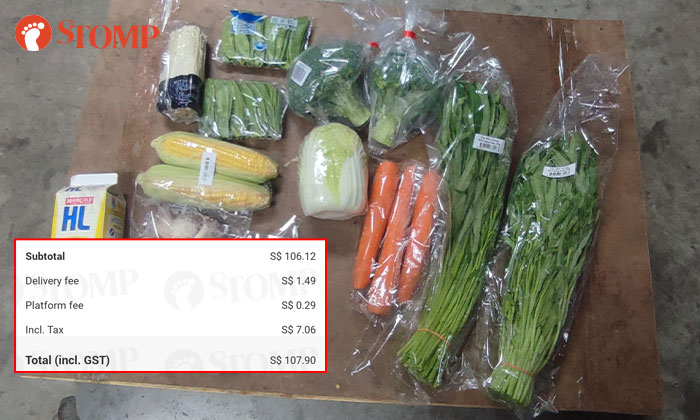 A woman decided to order her groceries via Foodpanda but was shocked when she only received vegetables and a carton of milk.

Stomper Shine shared with Stomp that she had paid $107.90 for a range of groceries including fresh produce, frozen meat products and milk on May 14.

"When the rider reached, he only had one bag," she said.

"He said another rider would collect the rest of the items and deliver them but after waiting for more than one hour, he didn't come.

"When I gave feedback to customer service, they can only help to investigate and didn't give me a refund or check on their rider.

In screenshots she shared, the Foodpanda customer service representative said that they were surprised this happened as such incidents are "rare".

"I was disappointed with their service," she said.