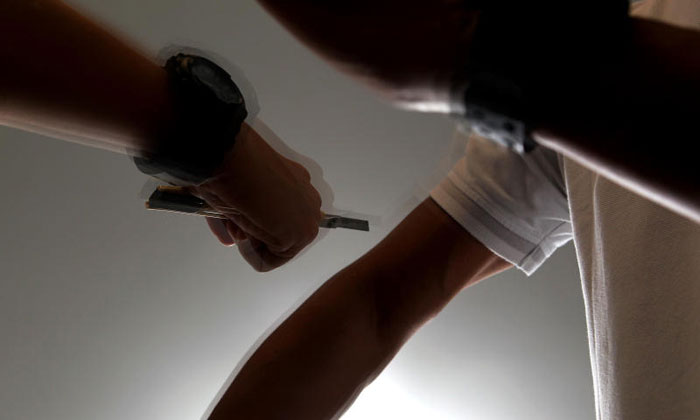 An argument in a WhatsApp group chat led to a Foodpanda delivery rider slashing his colleague, which would likely leave the victim permanently scarred.

Eng Guan Hong, 40, was yesterday jailed for 30 months and given six strokes of the cane for attacking his colleague Batman Suparman, 29, outside the Foodpanda office in Orchard.

Another similar charge for voluntarily causing hurt was taken into consideration.

The court heard that on the morning of Jan 28, Eng left a voice message in the chat group for Foodpanda delivery riders, saying those who did not sign up for a new scheme for riders were stupid.

Mr Batman took offence, and the pair had a heated argument in the chat.

They met up at about 2.40pm that day outside the building to settle their differences.

But Eng had armed himself with a motorcycle helmet and a penknife with a 10.5cm blade.

Without saying a word, Eng attacked Mr Batman with the helmet and slashed his face with the penknife.

Even as other riders managed to push him away, Eng charged towards Mr Batman again and punched his face several times.

The assault stopped when more colleagues from the Foodpanda office arrived to pull him away.

A security guard called for the police, stating that Foodpanda delivery riders were fighting with a knife and wanting to chop each other.

Mr Batman later went to Singapore General Hospital and was found to have suffered cuts around his nose and ear.

A medical report said the cuts were likely to leave scars.

Deputy Public Prosecutor Dillon Kok said Eng had lashed out at the victim over a minor disagreement and had a previous conviction for a similar offence in 2014.

Eng's lawyer T. M. Sinnadurai said his client intends to turn over a new leaf and avoid committing such offences in future.

During sentencing, District Judge Edgar Foo said he agreed with the prosecution's sentencing position, noting that Mr Batman might be permanently scarred.

For voluntarily causing hurt by dangerous weapon, Eng could have been jailed for up to seven years, or fined, or caned, or given any combination of the three.