Foodpanda rider asked to cycle from Tampines to Paya Lebar for $5.20 after customer leaves wrong address 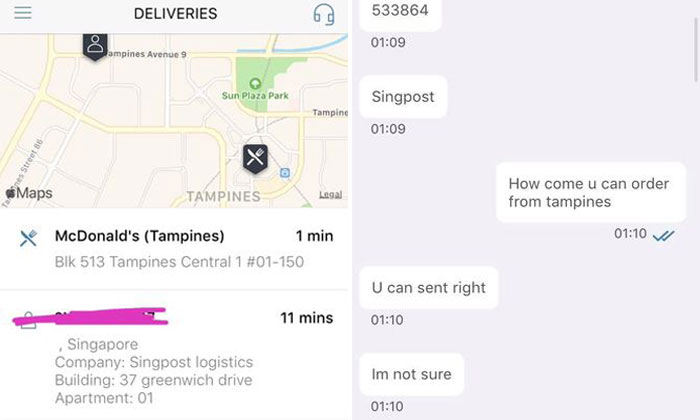 Foodpanda is looking into an incident where a Foodpanda delivery rider was asked to allegedly cycle from Tampines to Paya Lebar because a customer had mistakenly given the wrong address. 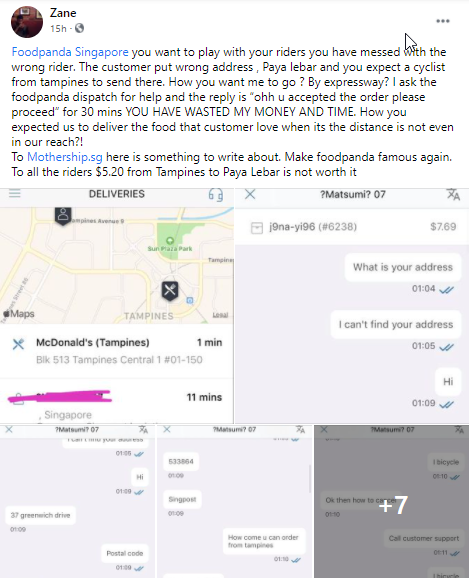 He alleged that when he called Foodpanda dispatch for help, he was told that since he had accepted the order, he was expected to proceed.

In response to a Stomp query, a Foodpanda spokesman said: "We understand that the issue may have arisen due to a wrong delivery location pinned.

"We are currently looking into the matter and taking steps to minimise the risk of a similar situation from happening again."