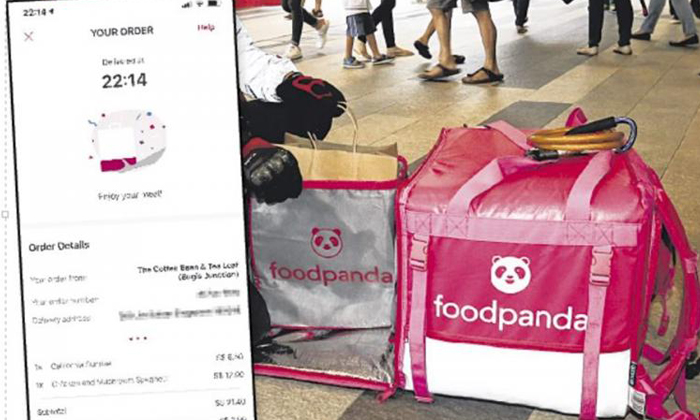 She typically orders food to be delivered to her apartment three or four times a week.

But last Thursday night, the public relations manager, who wanted to be known only as Miss Qiao, 24, says she got more than she bargained for.

The Foodpanda deliveryman not only entered her shared rental unit without permission, but he also sexually harassed her by asking her for sex, said her boyfriend Kenneth Ong.

Adding insult to injury, the man in his 20s then laughed nonchalantly when she screamed at him to leave, Mr Ong, 29, told The New Paper yesterday.

He said that when Miss Qiao went to open the front door of the apartment at Textile Centre in Jalan Sultan at about 10.15pm, she was shocked to see him outside her bedroom door.

She ignored the question and told him to wait for her to get the money.

When he tried to follow her into her room, she screamed at him to stay away and quickly passed him the cash.

He is then alleged to have asked her how much it would cost to "go for a short time".

Mr Ong said: "She could not take it so she screamed at him again and told him to leave."

Miss Qiao told Chinese evening daily Lianhe Wanbao she usually kept the front door locked and one of her flatmates might have forgotten to lock it.

"I won't dare to use food delivery services any more," she said, adding that she has since moved out of the apartment.

A Foodpanda spokesman told TNP yesterday the deliveryman has been blacklisted and will not be working with the firm again.

She said: "We place the safety of our customers as a priority and take a zero tolerance stance on harassment in any form.

"We recommended that Mr Ong lodge a police report and will be offering our utmost support in any investigation."

Mr Ong said he and Miss Qiao are still contemplating whether to go to the police.

"I'm of the view that we should, but my girlfriend is quite affected and doesn't want to blow up the matter."

He said the way Foodpanda dealt with the situation initially left a sour taste as it gave him generic responses.

Mr Ong hoped Foodpanda and other delivery firms would screen their riders more rigorously as there is a need to raise awareness about sexual harassment.

"They should at least send a message to all their riders to educate them and reinforce how they should behave," he added.