Foodpanda customer pays cash on delivery but app says order cancelled, causing her to be 'banned' 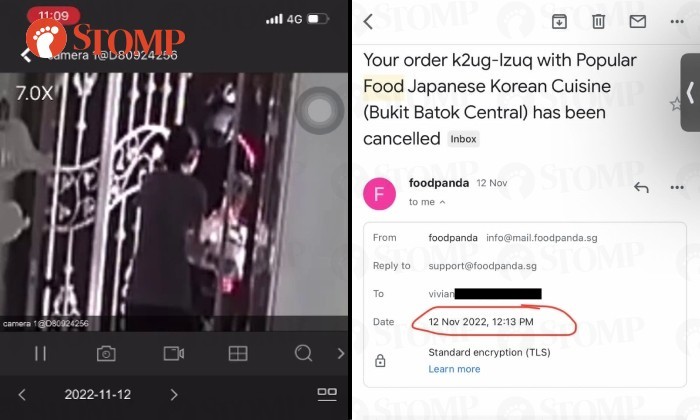 A simple food order turned out to be not so simple for one Foodpanda customer.

After paying the delivery person cash for the food, Stomper Vivian discovered that the app said her order was cancelled.

Subsequently, she had trouble trying to order from the app again. She said she was told her account was banned, but Foodpanda said it was a misunderstanding.

It all started with a $37.89 order from Popular Food Japanese Korean Cuisine (Bukit Batok Central) on Nov 12 at 11.43am.

"At 12.03pm, I got my food and the maid passed the cash to the rider," recounted the Stomper. 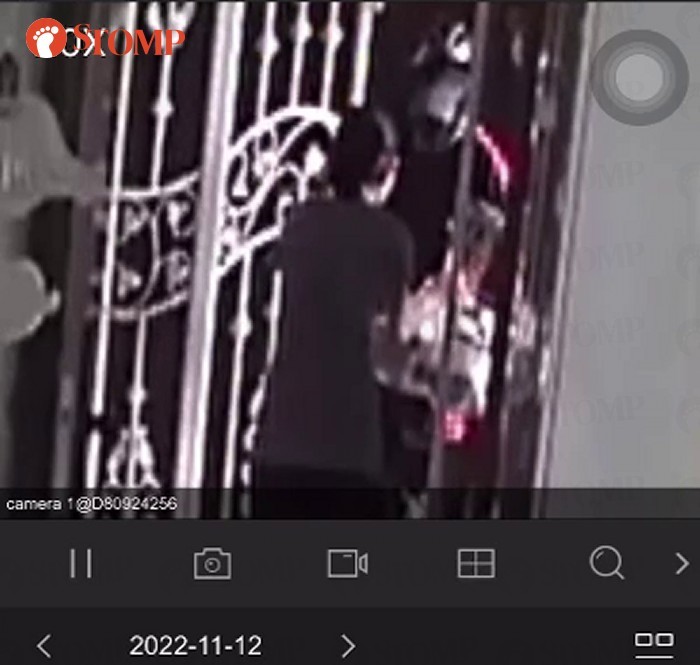 "Ten minutes later, I checked my phone to find that I had three missed calls from Foodpanda."

Those calls were made after she received the food.

"So I check my app and the delivery status was 'cancelled'," said the Stomper.

But her food was delivered and she paid for it. Why did the app say her order was cancelled?

"So I contacted Foodpanda through live chat to provide my CCTV footage to prove that I received the order. But the status was still not updated to 'delivered'."

Still, no big deal. She got her food. No harm done, right?

"The next day, I wanted to use the app to order food only to find my payment rejected. So I suspected that my account was banned or had some issue," said the Stomper. 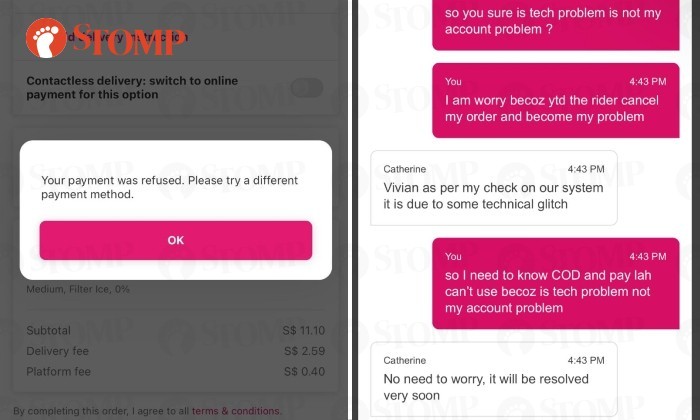 "So I contacted live chat agents Catherine and Aaron. They told me my account had no issues. It was just a tech problem. They asked me to wait two hours and reinstall the app. After reinstalling the app I still could not place any orders.

"So I requested a call from the service team. The head of the service recovery department called Aimee told me on the phone that on Nov 12, because the rider couldn’t contact me, he cancelled my order, causing my account to be banned."

The Stomper denied that the rider tried to contact her.

"I told her I already provided the evidence that I received and paid for the order. So she said she would help me solve the issue.

"My purchase record was perfect. And just once this rider cancelled my order and my account is banned."

She also suspected a scam.

"I Googled to find this kind of scammer about one year ago quite popular in Malaysia and this year it came to Singapore. If the rider cancels the order, he pays only 40 per cent or even less for the food and the rest of the money he can pocket himself."

Foodpanda told Stomp that such a scam is not possible here as riders are not able to purchase food from cancelled orders at a discounted price. 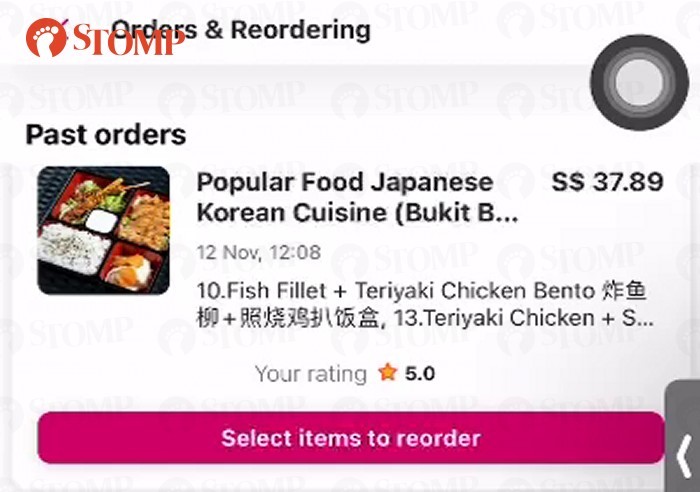 In response to a Stomp query, Foodpanda said: "We are aware of this incident and have cleared the misunderstanding with the customer.

"The customer had placed a 'cash on delivery' order, and was uncontactable when our delivery partner arrived at her address.

"As part of our protocol, in the event that customers are not contactable for “cash on delivery” orders, delivery partners are to inform our backend support who will cancel the order.

"Our delivery partners will then be advised to either give away the food, consume it or dispose it. Delivery partners are not able to purchase food from cancelled orders at a discounted price."

The Stomper pointed out that a rider can cancel an order but still make the delivery and collect the cash. "That means the rider can pocket all the money for himself," she said.

"For cash-on-delivery customers like me, please be aware of this because if your place doesn't have CCTV, it would be hard for you to complain successfully to Foodpanda."

Regarding her subsequent difficulties with ordering, Foodpanda said: "The customer’s account has not been banned, and we have spoken to the customer to clarify this misunderstanding."

"We have also explained to her that high occurrences of suspicious behaviour such as frequent cancellation of orders, can result in restrictions being placed on the account."

The Stomper stands by her order history, asking: "Where do I have so many cancellations?"

She added: "Netizens should be aware that if the same thing happens to you, contact live chat and always keep the food pics and ask for change of delivery status.

"But because of the poor customer service, I think many netizens like me will be banned from using cash on delivery."

Explaining why she prefers cash-on-delivery, the Stomper said: "I used to use credit card payment, but many times, the rider delivered to the wrong place or did not show up. So I changed to COD payment to protect myself."