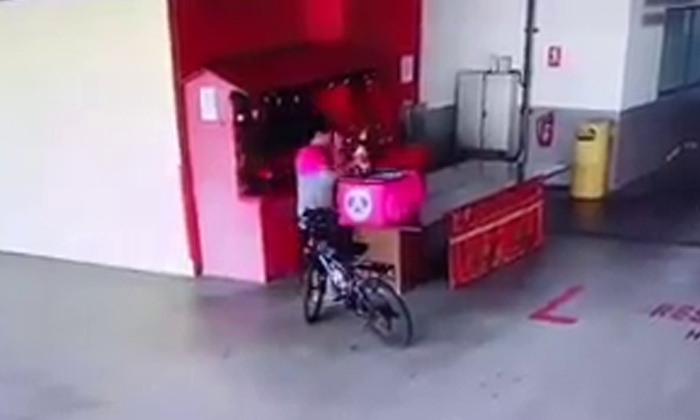 Food delivery service Foodpanda is assisting the authorities in investigating an incident where a man was seen removing two statues from an altar and riding away with the loot in his delivery bag.

A video of the incident has been circulating on Facebook.

According to the video caption, the incident occurred at a carpark at Woodlands Industrial Park E last Saturday (Sep 21), at around 3pm.

In the video, a man in a Foodpanda shirt can be seen taking two statues of Chinese deities from an altar and placing them in his delivery bag.

He is then seen zipping up his bag, carrying it on his back and cycling away from the scene.

In response to a Stomp query, a Foodpanda spokesman said: "Foodpanda has a zero tolerance policy when it comes to unlawful activities.

"Any riders found guilty of related offences are immediately ceased as service providers.

"We are assisting the relevant authorities in investigating this matter further."