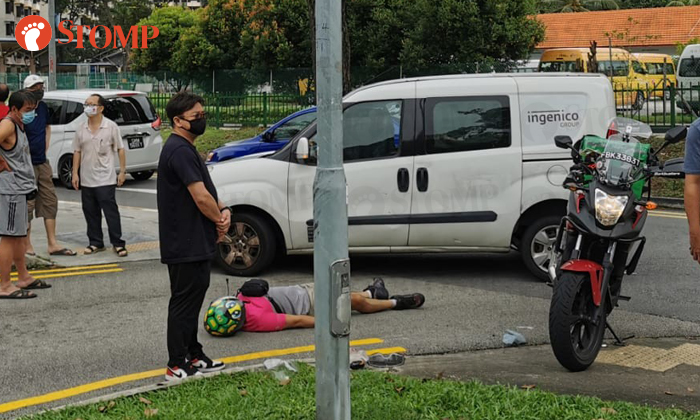 A motorcyclist got into an accident with a van near Whampoa Hawker Centre on Saturday afternoon (Nov 28).

Stomper Andre came across the accident scene at the carpark entrance of the popular market at around 3pm and submitted photos to Stomp.

In the pictures, a man in a Foodpanda shirt can be seen lying on the road with his motorcycle helmet still on.

A motorcycle with a GrabFood storage bag and a van are seen parked near the man.

The accident had drawn several onlookers. 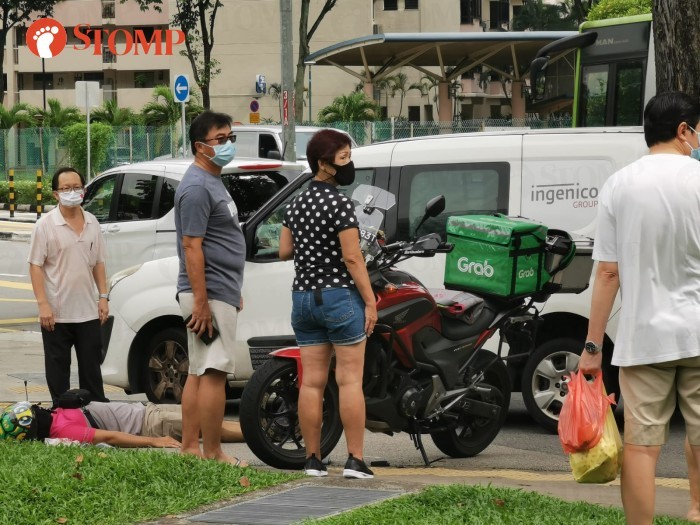 Andre recounted: "As I was walking to the carpark, I saw a group of people standing around its entrance. I then noticed a food delivery rider lying on the road.

"I believe the white van had collided with the motorcyclist on his left as the van was turning into the carpark.

"There was no blood on the road or noticeable damage to either vehicles. The delivery rider appeared to be conscious as I saw him using his mobile phone while lying on the ground.

"Shortly after I drove out of the carpark, an ambulance arrived at the scene."