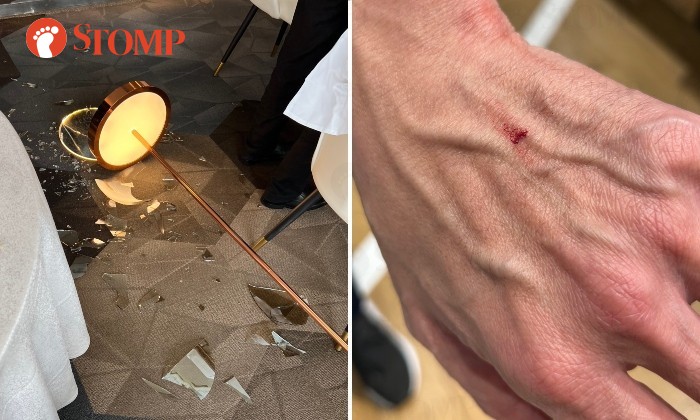 It was a close call.

A floor lamp fell over in the Crystal Jade Pavilion restaurant at VivoCity, shattering the glass lamp shade, which caused a diner to suffer a minor cut on Tuesday (Sept 20).

Sharing photos and a video of the incident which happened at 12.35pm, Stomper Julian said the worst part came after.

He said: "It’s one thing to have a near-fatal experience. It’s another to have unhelpful and unapologetic staff plus bad food and service on top of the accident."

The Stomper recounted: "The tall, heavy glass lamp came crashing down – missed my shoulder and my brother’s face by mere centimetres!

"Nonetheless, my brother suffered a cut to his hand. While we were still recovering from our shock and cleaning up, the assistant manager actually brought over the bill, which we had asked for before the accident.

"The worst thing was she said there was a 20 per cent discount as compensation – when the restaurant was already offering 20 per cent off because of the opening promo!

"She actually lied straight-faced to us! We called her out on it and only then she said she would waive the whole bill. It was less than $80 or something.

"I shudder to think of the outcome if we were seated centimetres nearer to the crash. I guess in view of this, the bad food, ‘kopitiam’-style steamers baskets and poor service could actually be considered a pleasant experience?

"In any case, it was a total nightmare!" 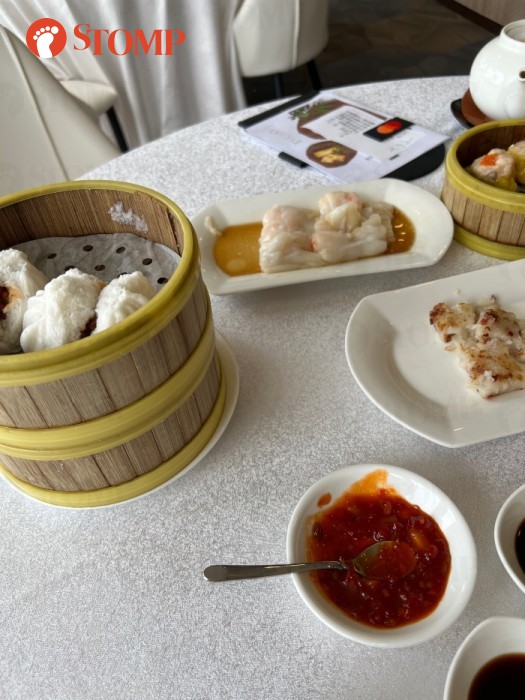 The Stomper added: "Also, we hurried out to buy new socks as some glass particles went into our shoes."

In response to a Stomp query, a Crystal Jade spokesman said: "During lunch service on Sept 20, a floor lamp fell over and the glass lamp shade broke into pieces. As a result, a customer who was seated at a table next to this lamp suffered a minor cut.

"We are very sorry that this happened. We acknowledge that our staff could have managed the situation better and have also taken steps to ensure that service quality is improved upon.

"In the meantime, we are trying to reach the affected customer to convey our apologies once again, as well as provide an update on the matter.

"As a preventative measure, we have engaged our contractors to fix every floor lamp firmly on the carpet. We would also like to assure our customers that their safety and dining comfort are of utmost importance to us." 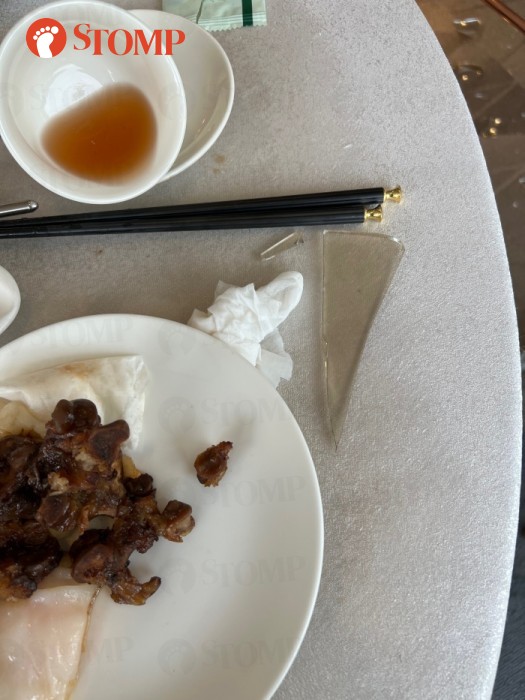 When contacted by Stomp, Julian said he found the restaurant's response "highly unsatisfactory".

He told Stomp: "They could not explain why proper safety measures were not in place. The lamps were very close to the seats.

"They could not explain why the staff weren’t properly trained to handle such situations. Responding to accidents is an important skill for F&B workers. They didn’t even ask if we were all right. It was the other customers who did.

"They didn’t seem to think it was a major incident, especially with the use of 'minor cut'. Yes, luckily my brother suffered only a minor injury, but it could’ve been fatal if the lamp crashed on either of us in the head mere centimetres away."

Below is a TikTok video of the restaurant. The floor lamps can be seen around the seven-second mark.