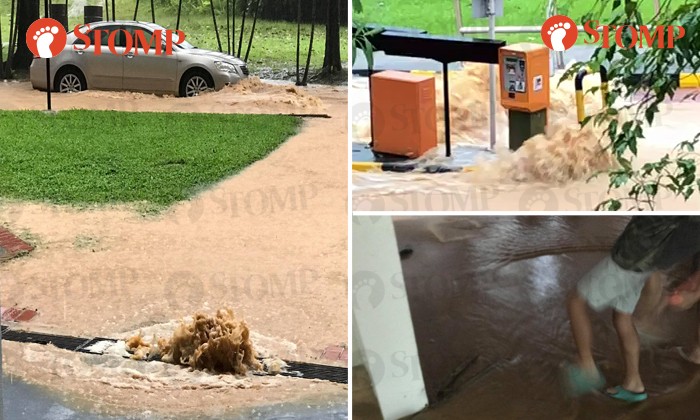 Flash floods were reported in various parts of Singapore during heavy rain on Saturday evening (Nov 10).

The Public Utilities Board said on Facebook at around 8.30pm that several places "experienced intense rain" and added: "About 100mm of rain was recorded over about 1.5 hours from 4.40pm to 6pm at Bukit Panjang. This is about 40% of the average monthly rainfall in Nov.

PUB officers were at the affected areas to investigate and render assistance.

A video filmed by Stomper Jim shows water gushing at a carpark near Goodview Gardens Block 395A in Bukit Batok West.

He said: "No cars were affected as there was an alternate entrance/exit.

"The water eventually subsided after the rain stopped."

Stomper Anonymous, a resident at Block 393 in the same estate, said that she and her neighbours had to wade through water.

She told Stomp: "I took these photos and videos when coming out of the lift. Luckily the water didn't enter the lift." 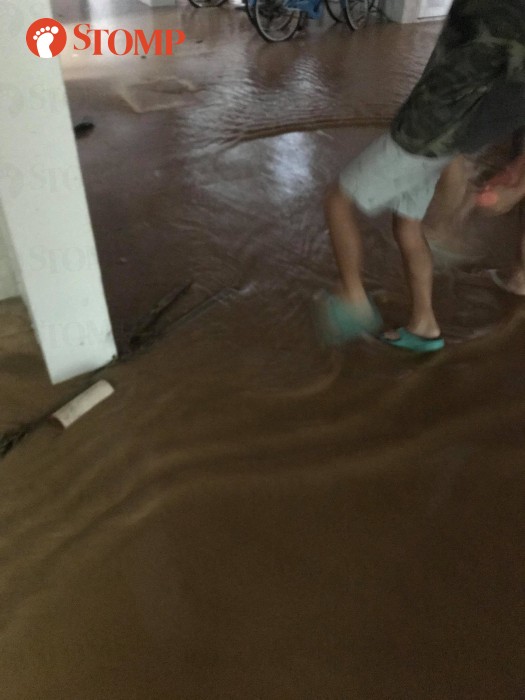 Stomper Wayne also contributed a picture of a tree log that had apparently fallen over into a canal near Block 383 in Bukit Batok. 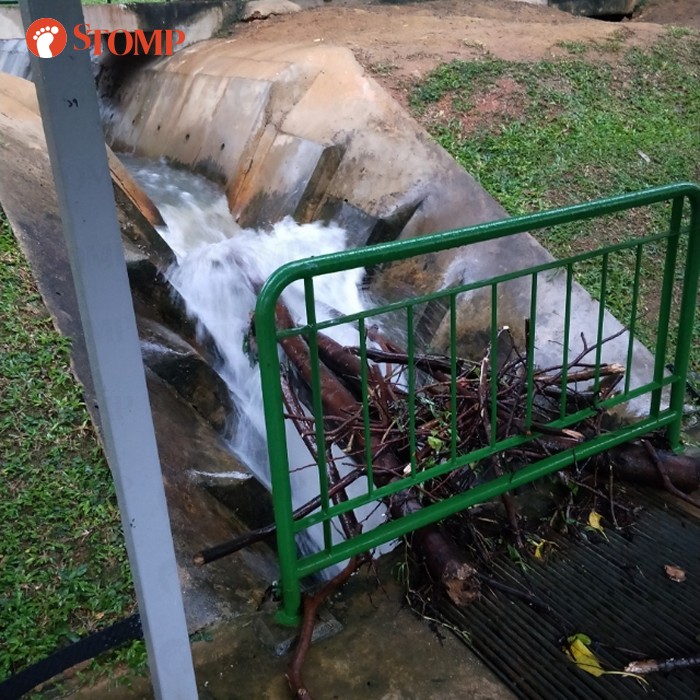 He said: "Heavy rain washed the tree trunk down and it got stuck in this particular stream beside the traffic light in front of Block 383.

"The tree trunk was easily four-feet-long (around 120cm), it must be quite a heavy log.

"The branches and loose wooden sticks were all over the pavement."

Photos from Stompers Jeanette and a video from Veron, taken in the Bukit Gombak area, showed how cars were affected by the incident. 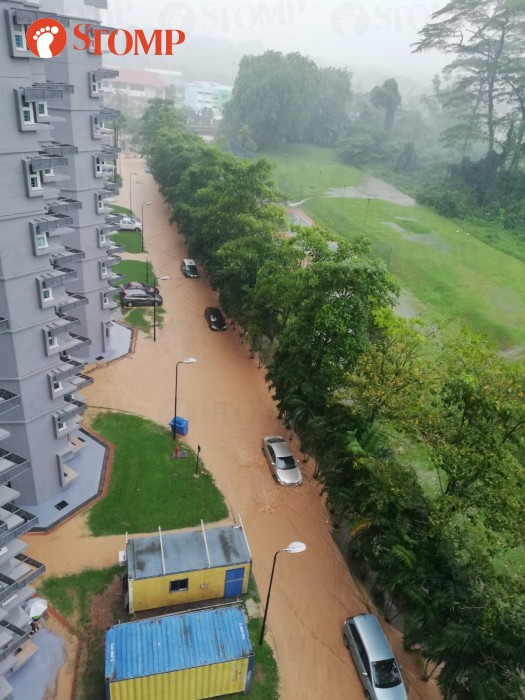 PUB added in its statement: "Inter-monsoon conditions have set in over Singapore and the surrounding region since late October 2018, and are expected to persist into mid November 2018. The first 2 weeks of November 2018 is expected to be wetter than the last fortnight of October 2018."

It also urged members of the public to exercise caution and avoid stepping into or driving into flooded areas.

During heavy rain, you can check PUB's Facebook and its mobile app 'MyWaters' for updates about flooding.