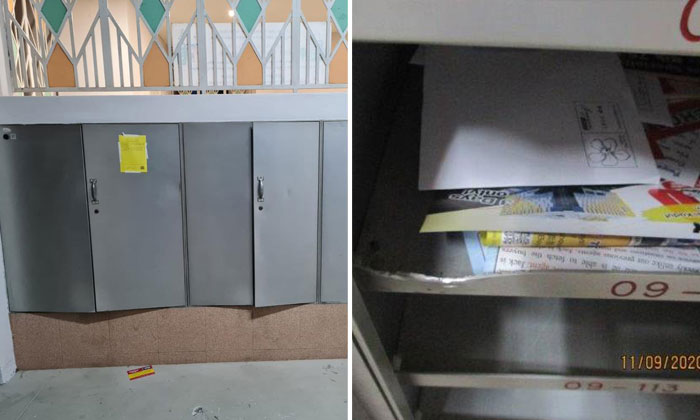 Five 18-year-old youths have been arrested for allegedly stealing from letterboxes and vandalising them, the police said on Friday (Sept 11).

Police officers from the Jurong Police Division were on patrol at about 3am on Friday morning when they encountered the five youths behaving suspiciously at the void deck of Block 707 in Choa Chu Kang Street 53.

During checks, the officers found a number of parcels in the teenagers' possession that were believed to have been stolen from letterboxes. They arrested the youths, who are all male, for theft with common intention.

These letterboxes were reported to be damaged by a town council employee at about 5.30am on Friday, according to SingPost.

SingPost said in a statement that the lock mechanisms of the letterbox master doors had been tampered with, and the doors forcibly pried open.

The affected locks were repaired and the master doors secured at 7am the same morning.

Investigations are being done.

Those found guilty of theft can be jailed for up to three years, fined, or both.

Anyone convicted of vandalism can be fined up to $2,000 or jailed for up to three years. For subsequent convictions, offenders can get between three to eight strokes of the cane.