Firefighter, 24, dies while trying to save woman from jumping off building in China 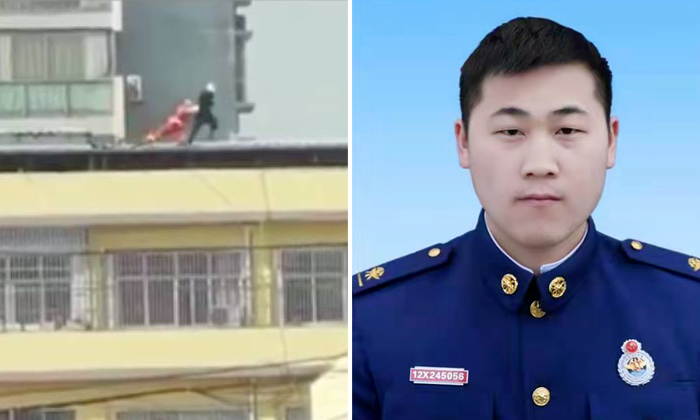 A 24-year-old firefighter met his untimely demise in the line of duty while trying to save a woman from jumping off a building in China.

According to Chinese news reports, video footage posted online shows a woman running on the roof and preparing to jump off the building.

A firefighter rushed forward and tried to grab the 50-year-old woman's leg, but both of them plunged to the ground.

The woman died in hospital after attempts to resuscitate her failed, while the firefighter succumbed to his injuries later on the same day.

Local police said in a statement that they had received a call from members of the public about the woman's suicide attempt at 10.12am. 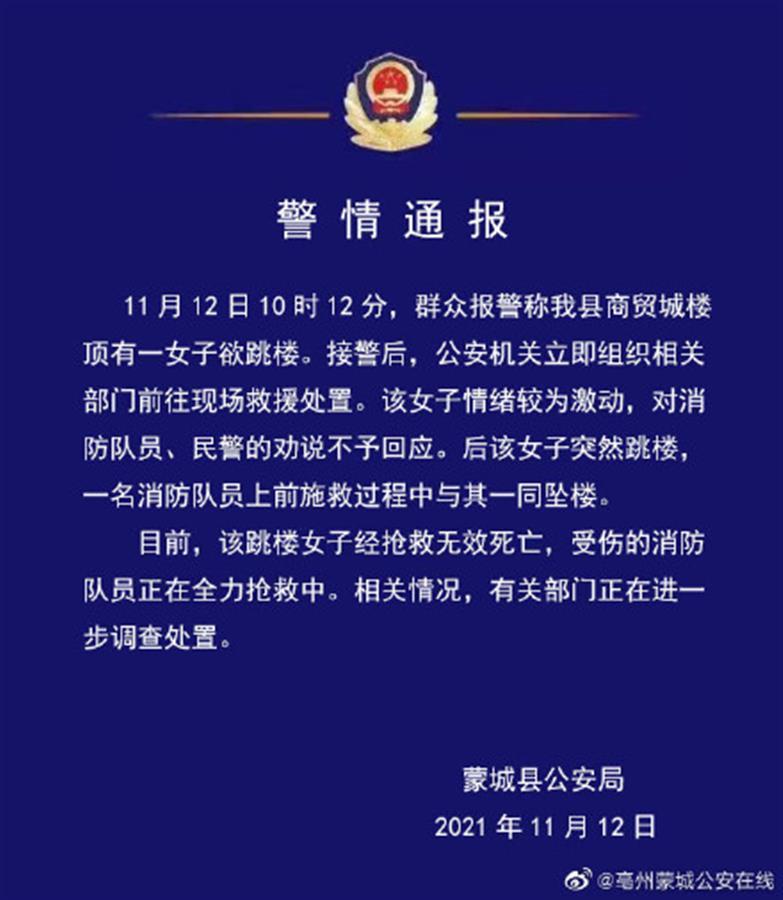 Officers immediately responded and upon arrival at the scene, found the woman agitated and emotional. She was also unresponsive to police and firefighters who tried to engage her during the one-hour stand-off.

"The woman suddenly jumped off the building and a firefighter went forward to save her. In the process, they both fell," added the statement.

An eyewitness reported seeing the woman going up onto the roof at around 7am, where she remained for hours. As there were many workers on the roof, nobody took notice of the woman and assumed she was one of them.

The eyewitness also said that even though an air cushion had been deployed, the woman kept switching positions. As such, firefighters were unable to predict where she would jump and was unable to move the air cushion in time.

He added: "The firefighters was in his 20s. When he fell from the top of the building, he landed on his face and was seriously injured."

Sina News identified the firefighter as Chen Jian Jun, who was the sole breadwinner in his family and had plans to get married. He is survived by his parents, a sister aged around 10 and a girlfriend.