Firefighter, 19, dies after falling unconscious while putting out blaze at Henderson Rd flat 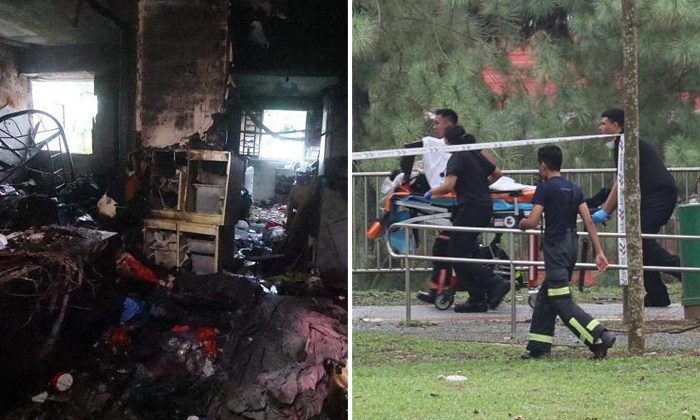 A 19-year-old firefighter who was serving his full-time national service died on Thursday after falling unconscious when putting out a fire in Henderson Road.

The Singapore Civil Defence Force (SCDF) said the NSF fell unconscious in the kitchen area of a fourth-floor Housing Board flat at Block 91 Henderson Road in Bukit Merah. The flat caught fire earlier in the day.

“His crew immediately brought him out of the unit and administered cardiopulmonary resuscitation on him. An SCDF ambulance crew at the scene also used the automated external defibrillator on him and conveyed him to Singapore General Hospital. He was pronounced dead at the hospital,” it said in a statement on Thursday evening.

“SCDF and his teammates are very saddened by his death, and extend our deepest condolences to his family. The NSF firefighter was part of the first response crew for this fire incident, and was bravely carrying out his mission of protecting and saving lives and property,” it said.

On Thursday night, SCDF also changed its Facebook profile picture and cover photo to a black-and-white version following the death of the firefighter.

He said that Home Team officers work tirelessly and bravely every day to keep homes and Singaporeans safe.

“We do our best to protect our officers, but the nature of the work means that there will always be risks,” he said, adding that the Home Affairs Ministry will assist the family.

In response to queries, the police said that they were alerted to a case of fire at 11.08am and five people, aged eight to 25, were conscious when taken to the hospital. They are investigating the incident.

The five people who were taken to hospital are understood to be from different flats and not the affected unit.

In an earlier Facebook post, the SCDF said it was alerted to the fire at about 11.10am on Thursday.

It added that when SCDF arrived at the scene, the fire was raging inside the unit and the corridor was filled with smoke.

SCDF firefighters, donning breathing apparatus, had to force their way into the affected unit. 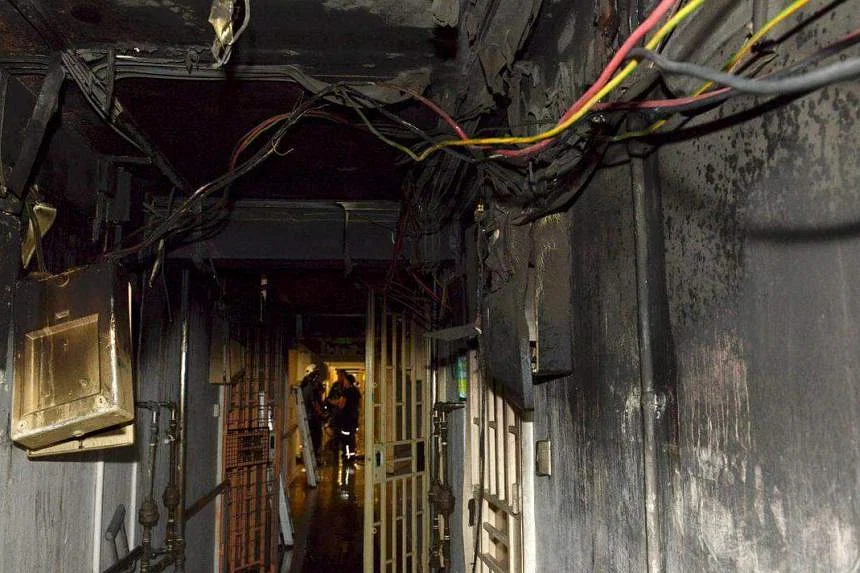 An eyewitness at the scene told Chinese-language daily Lianhe Zaobao that the SCDF firefighter who had been unconscious was placed on a stretcher and sent to hospital at around 1pm.

SCDF said it is providing assistance and support to the family of the deceased firefighter. Investigations are ongoing.

According to online property platforms, the HDB block has 16 storeys and consists of 360 units of two-room flats. It was built in 1975.

Tanjong Pagar GRC MP Joan Pereira, who manages the Henderson-Dawson ward, said in a Facebook post earlier on Thursday that community partners had opened up facilities in neighbouring blocks to take care of residents, while grassroots volunteers and staff stepped in to provide drinks and snacks and ensure there was dinner arranged for residents unable to return home.

She added that the Henderson-Dawson Community Emergency and Engagement Committee and CityVue Residents’ Committee members would also be visiting the entire block on Thursday night to check if residents require further assistance.

“We will continue to provide the necessary support and assistance to the affected households, including temporary shelter to be provided by HDB, if need be, and basic necessities such as mattresses, blankets, pillows, fans, food (and more),” she said, adding that the town council team was present to assess any damaged areas for clean-up or expedited repair works.

Related Stories
Husband and wife, both 78, die in Sengkang condo fire: She 'left a deep, deep footprint in our lives'
Man killed in Jurong East flat fire often repaired old appliances, gave them to neighbours for free
3-year-old girl killed in Bedok North fire had been in S'pore for only 3 days
More About:
fire
dead
death
scdf