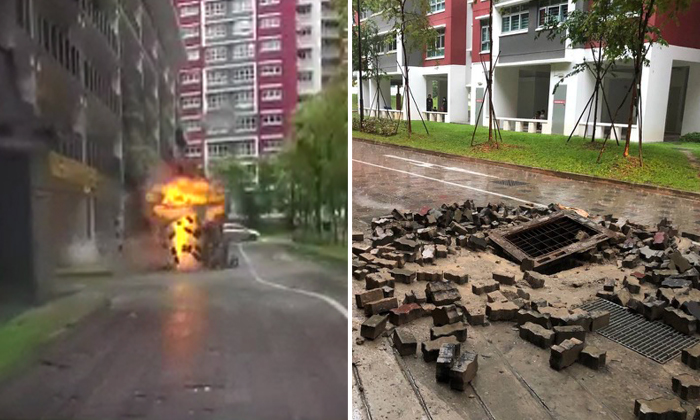 When Mr Mardzuki Matnor heard a loud bang on Tuesday (Aug 24), he did not think anything was amiss.

It had been raining heavily in Bukit Batok West and thunder had rumbled since 6am.

But the 42-year-old auxiliary policeman, who lives on the third storey of Block 439B, realised that there had been an explosion after he watched a video clip shared on WhatsApp and Facebook.

The footage - from a car's dashboard camera - showed a fireball erupting from a manhole on the ground floor of the estate's multi-storey carpark.

"The driver of the car was close to the explosion. If he had been at that very spot as he drove by, he could have been hurt," said Mr Mardzuki.

The Singapore Civil Defence Force (SCDF) told The Straits Times that it received a call at 9.10am about a flash fire from a manhole at Block 439 Bukit Batok West.

It said the incident did not lead to a fire and there was no reported injury.

Police officers as well as personnel from the SCDF and utilities company SP Group were at the site when ST arrived at 11am. 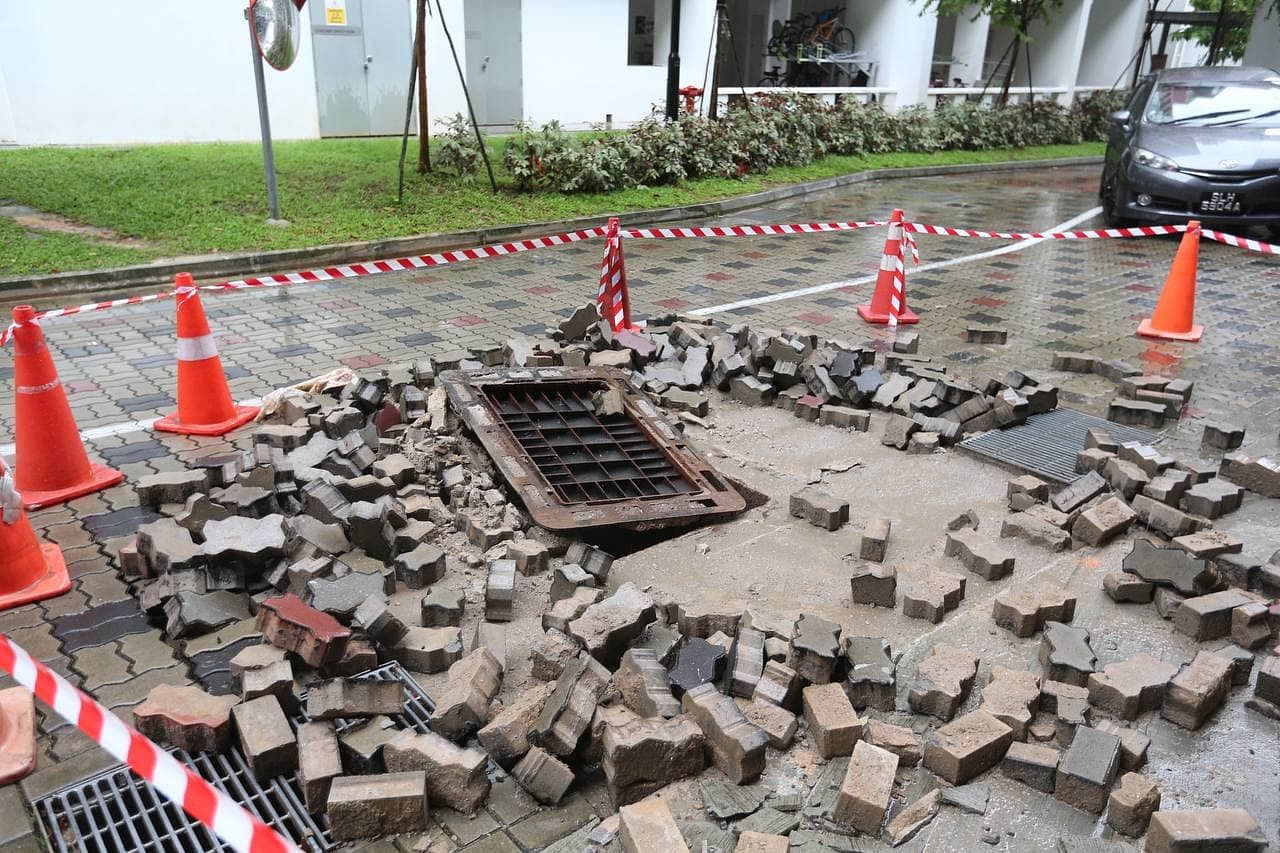 SCDF officers were seen lowering a hose into the manhole.

Another resident, who gave his name only as Mr Loh, 35, said a friend alerted him to the video footage.

Mr Loh, an engineer, said: "I went to the carpark at 10.30am to have a look. There was a small crowd of onlookers but it didn't look too serious."

By noon, the incident drew the attention of more passers-by and Dr Amy Khor, MP for Hongkah North, was seen speaking to officials.

By 12.30pm, the explosion site was cordoned off.

Mr Wilson Teo, a third-storey resident of Block 439B, said he slept through the commotion.

When he woke up after 9am, he was surprised to see the police and SCDF personnel on site.

"With the air-con running, my room is almost soundproof. When I saw the video clip, I thought to myself that 'this place looks very familiar'. But I'm glad nobody was hurt," he added.