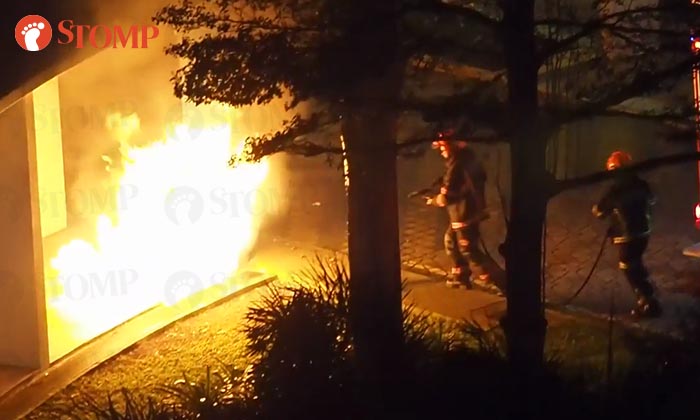 A fire, involving a recycling bin, broke out at a covered walkway at Block 37 Marsiling Drive on Sunday night (July 21).

Stomper Lucas alerted Stomp to the incident and shared a video of what he saw.

"I looked out my window, at a block opposite from where I was, and saw fire on the ground."

In the video, a large fire is blazing at a covered walkway.

Shortly after, two firefighters can be seen putting out the fire.

In response to a Stomp query, the Singapore Civil Defence Force (SCDF) said: "The SCDF responded to a fire incident at Block 37 Marsiling Drive on July 21 at about 10.15pm.

"The fire, which involved a recycling bin, was extinguished by the SCDF with a hose reel.