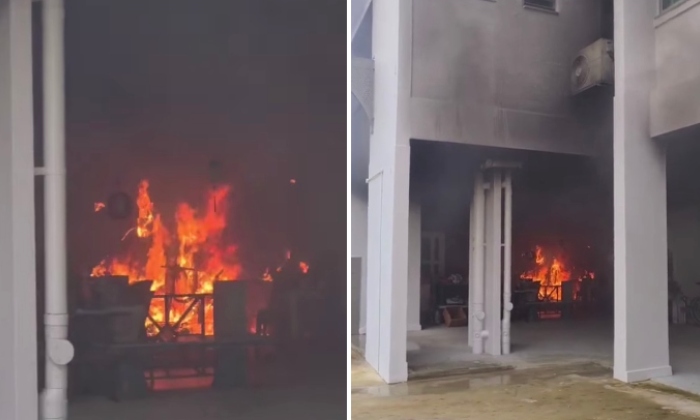 A fire that broke out at a void deck at Ang Mo Kio on Saturday (August 1) involved a praying altar, said the Singapore Civil Defence Force (SCDF).

Stompers Anonymous and Randy alerted Stomp to a Facebook post that included a video of the fire.

In the video, two policemen can be seen at the scene.

Thick smoke that surrounded the nearby blocks was also shown.

In response to a Stomp query, SCDF said they were alerted to a fire at a senior citizen corner at the void deck of Block 105 Ang Mo Kio Avenue 4 at around 11.15am.

"Preliminary investigation revealed that the fire involved a praying altar and other items placed at the activity corner," said a spokesman for SCDF.