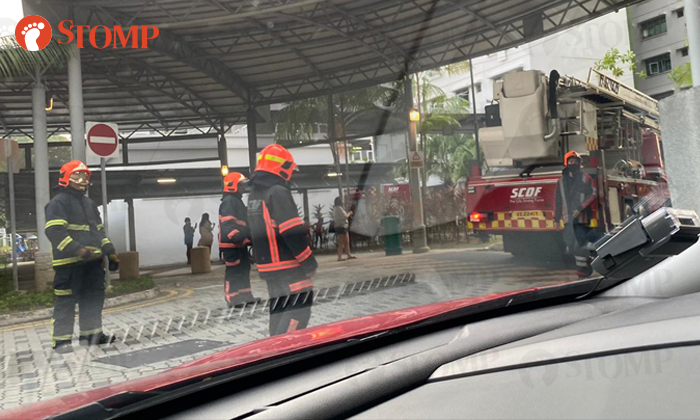 A fire involving a kitchen stove broke out at Block 510B Yishun Street 51 on Friday (Feb 26).

In response to a Stomp query, the Singapore Civil Defence Force (SCDF) said it was alerted to the fire in a third-floor unit at around 6.40pm.

A member of the public extinguished the fire using a hose reel prior to the SCDF’s arrival.

Stomper K, who shared photos of the scene, said: "The unit involved is a rental flat.

"There were three fire engines as someone had reported a gas leak and a kitchen fire, and there were fears of an explosion."

The cause of the fire is under investigation, the SCDF added.