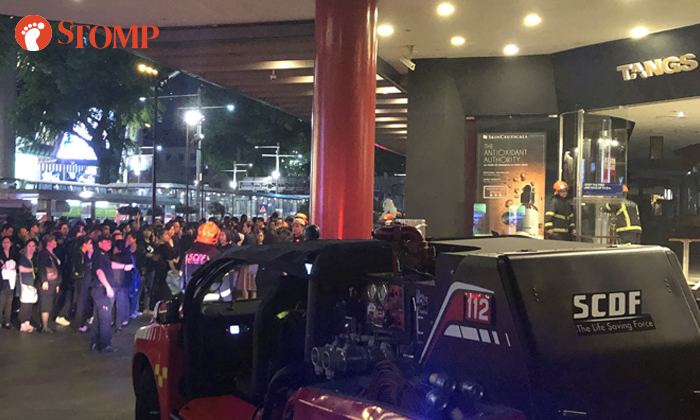 Around 200 people were evacuated from Tang Plaza after a fire broke out on the first level of the shopping mall on Saturday night (June 15).

Stomper R2, who was passing by, contributed photos of the scene and said: "You could smell the smoke from outside.

"Staff followed the fire drill sequence and evacuated from the building."

In response to a Stomp query, the Singapore Civil Defence Force (SCDF) said it was alerted to the incident at 320 Orchard Road about 8.40pm.

"The fire involving electrical wiring was extinguished by sprinklers prior to SCDF's arrival and around 200 people were evacuated by security personnel," said a spokesman.

According to Tangs, the SCDF gave the all-clear to re-enter the building at 10.15pm and the fire protection system was re-activated just after midnight.

The department store opened as usual at 11am on Sunday (June 16).