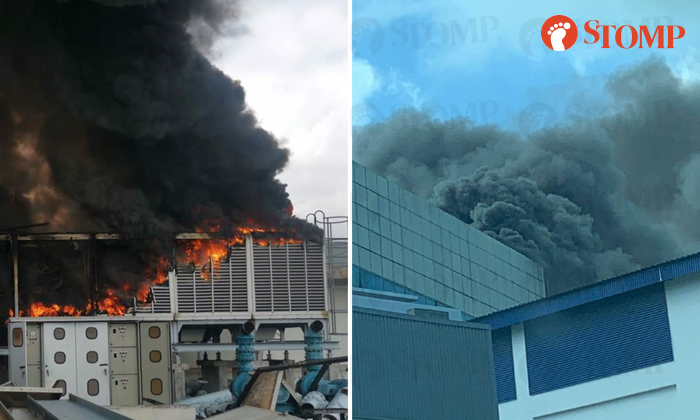 A fire broke out on the rooftop of an eight-storey building in West Coast on Monday morning (Feb 24). No injuries were reported.

The Singapore Civil Defence Force (SCDF) said in a Facebook post on Monday that it responded to the fire at 10.55am at 200 Pandan Loop.

The fire involved an air-conditioning system on the rooftop of the building, which is empty and in the process of being demolished, said SCDF.

(Stomper Christopher, who submitted videos of the scene to Stomp, said there was a strong burning smell and thick smoke seen all the way from Jurong Port Road.)

(Christopher told Stomp that he saw two Red Rhinos and at least seven fire engines. Police were also there and helped to direct traffic.)

Firefighters, who were equipped with breathing apparatus and personal protective equipment, went to the rooftop and extinguished the fire with one water jet.