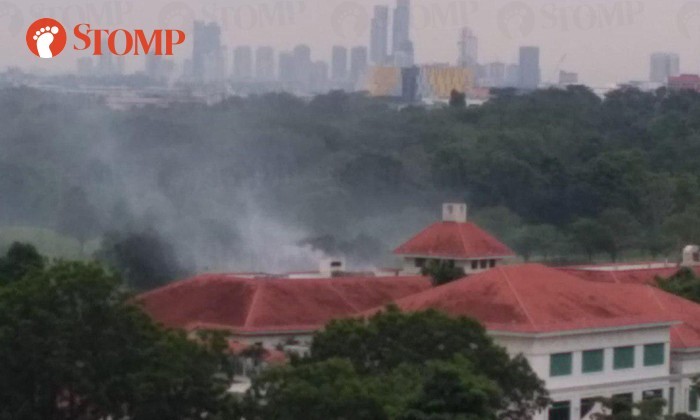 Stomper Anonymous shared photos at about 5pm, showing smoke emitting from what seems to be the roof of the country club.

"SCDF was alerted to an incident at 81 Choa Chu Kang Way at around 4.07pm.

Stomp understands that one fire engine, one red rhino, two bikes, and one additional assistance vehicle were dispatched to extinguish the fire.

Warren Golf & Country Club announced in a Facebook post on Wednesday that its open-dining restaurant, Golfer's Terrace, is temporarily closed.