Fire breaks out at rubbish chute of Tampines block 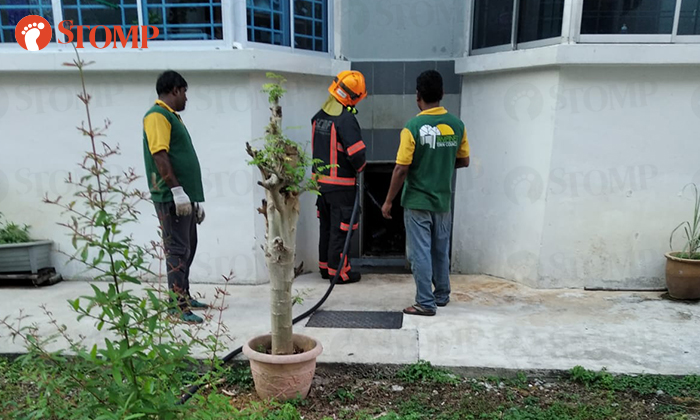 A fire broke out at a rubbish chute of Block 926 Tampines Street 91 on Monday evening (Nov 4).

A Stomper was waiting for his friend near the block when he saw a fire engine arrive at the scene.

He contributed photos of the scene and told Stomp: "I saw the firefighters using a hose reel to spray water at the rubbish chute.

"My friend and I don't live there. He only arrived at about 6.40pm and by then, the fire was already put out and the firefighters had left.

"I only saw smoke coming from the rubbish chute, didn't see any flames."

Responding to a Stomp query, the Singapore Civil Defence Force (SCDF) said: "SCDF responded to a fire incident at about 5.45pm on Nov 4 at Block 926 Tampines Street 91.

"The fire, which involved the contents of a rubbish chute, was extinguished by the SCDF using a hose reel.

"The cause of fire is under investigations."