Fire breaks out at Maple Bear pre-school in Pasir Panjang 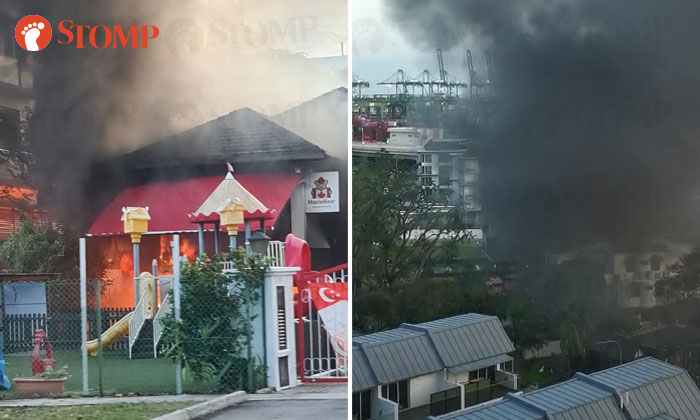 A fire broke out at Maple Bear pre-school in Pasir Panjang on Tuesday evening (Aug 10).

Several Stompers alerted Stomp to the incident and shared photos and videos of smoke coming from the pre-school.

In one photo, flames can be seen at the front of the school.

In response to a Stomp query, the Singapore Civil Defence Force (SCDF) said they were alerted to a fire at 243 Pasir Panjang Road at about 7pm.

"No one was in the premises at the time of the fire.

"The fire which involved contents of a pre-school was largely confined to the front portion of the premises.

"The fire was extinguished by SCDF using two water jets."