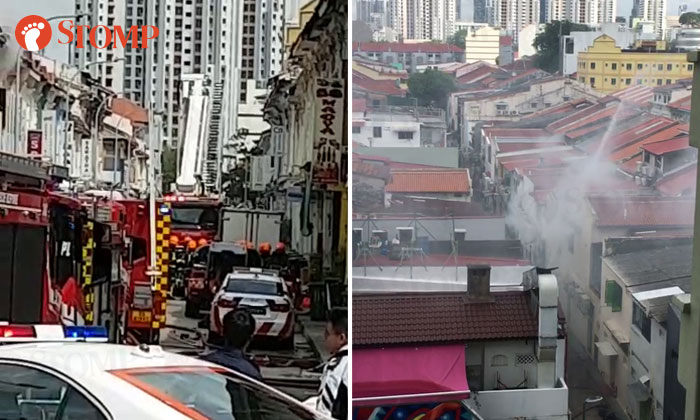 A fire broke out on the second floor of a shophouse along Desker Road in Little India on Thursday morning (Apr 4).

Several Stompers shared with Stomp photos and videos of the incident.

Stomper Cozenn was at home when she smelled a strong stench before seeing thick black smoke coming from one of the shophouses nearby.

In videos, the Singapore Civil Defence Force (SCDF) are seen arriving to put out the fire.

In a statement on its Facebook page, the SCDF said it responded to the fire at 112A Desker Road at about 10.15am.

"Upon SCDF's arrival, black smoke was emitting from the second floor of a double-storey shophouse unit," it said.

"The fire, which involved the contents of a room on the second floor, was extinguished with two water jets."