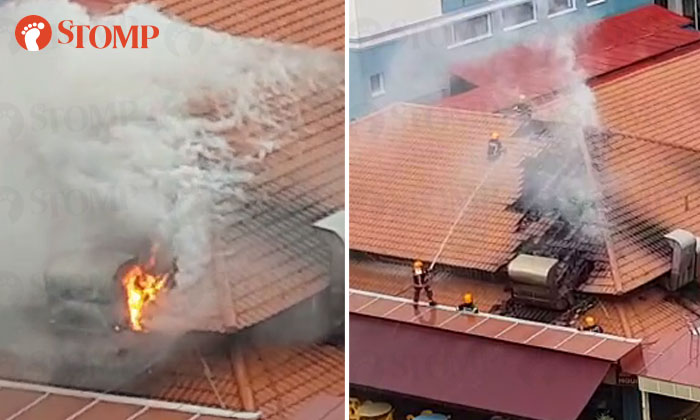 A fire broke out at a coffeeshop at Block 964 Jurong West Street 91 on Wednesday morning (Nov 21).

Stomper Salju alerted Stomp to the fire and shared videos she took from her home across the road at about 9.15am.

"I was working at home when my maid told me there was a fire at the opposite block," she said.

From the videos, flames appeared to be coming out from one of the ventilation chutes on the roof of the coffeeshop.

"It took about half an hour and afterwards, I could see the roof was all burnt," Salju said.

In response to a Stomp media query, the SCDF told Stomp that they responded to the fire and extinguished it using one water jet and one hose reel.