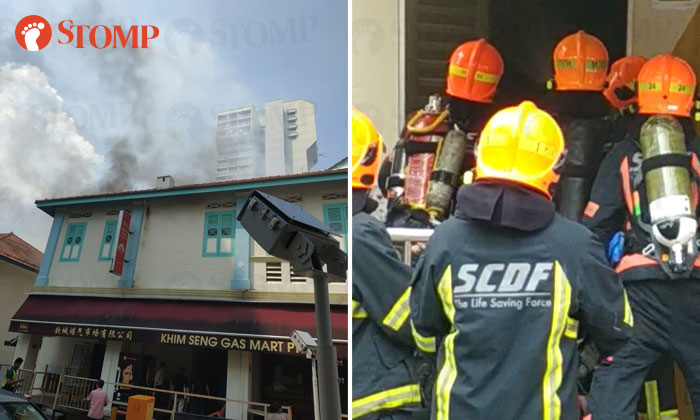 A fire broke out at a restaurant located in a shophouse at 145 Jalan Besar on Tuesday afternoon (Mar 10).

Stomper Niroshan was in the area when he saw smoke coming from New Lotus Thai restaurant.

He shared with Stomp videos and photos he took of Singapore Civil Defence Force (SCDF) officers arriving at the scene and breaking open a storeroom door to fight the fire.

In response to a Stomp query, the SCDF said it was alerted to the fire at 3.15pm.

The fire, which involved a kitchen exhaust duct and the contents of a storeroom, was extinguished by SCDF using one water jet.

"One person self-evacuated prior to SCDF arrival and he was assessed by an SCDF paramedic at scene," an SCDF spokesman said.

"He subsequently refused conveyance to the hospital."

The SCDF issued the following advisory to prevent such kitchen exhaust duct fires from happening: