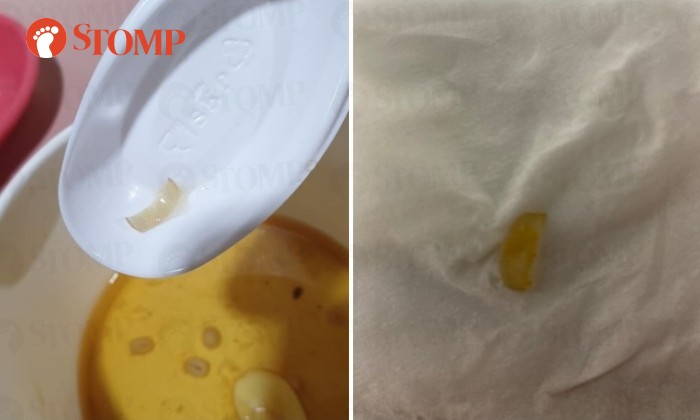 Imagine eating a delicious meal only to have your appetite ruined by something that looks like a fingernail inside your food.

Stomper Herbert was disgusted to find what appeared to be a fingernail in his oyster egg that he ordered from Geylang Lor 9 Fresh Frog Porridge through GrabFood on Wednesday (Aug 12).

He shared photos of the food and added that this was his first time seeing what he believed was a fingernail in his food.

"It is disgusting and gross, especially during this pandemic period," Herbert said.

"I am worried that the fingernail might carry the Covid-19 virus.

"Furthermore, GrabFood did not refund me."

Stomper Yaboo shared the same sentiments with Herbert and also found it "so gross" that she found what looked like a fingernail in her cheng teng that she ordered from a stall at Lorong 8 Toa Payoh Hawker Centre on Saturday (Aug 15).

She shared photos of her dessert that she bought from Four Seasons Ching Teng and said: "My husband and I went to the hawker centre for dinner and to my disgust, I found a fingernail in my dessert. 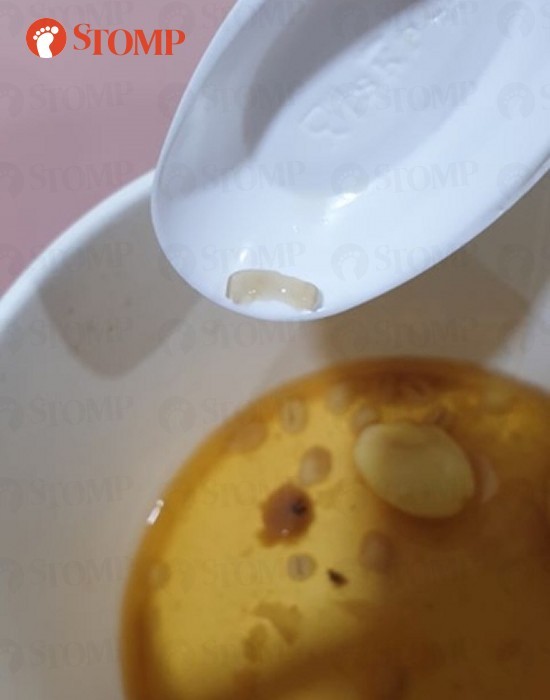 "It felt weird. I thought it was uncooked white fungus but it is clearly a fingernail."

This is not the first time Stompers have found what they identified as foreign objects in their food.

On Aug 10, Stomper Bryan felt a "curved, hard object in his mouth" after eating a bowl of Teochew porridge, which he believed to be a fingernail too.