Fight in Chinatown broken up by TransCom officers 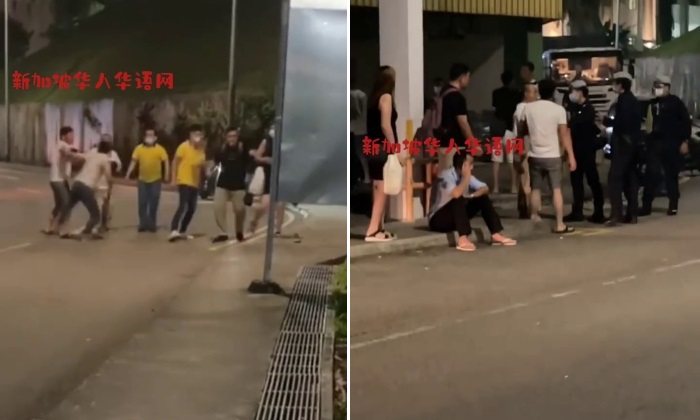 A fight involving several men at Park Crescent behind People’s Park Complex was stopped by officers from the Public Transport Security Command (TransCom) on Sunday night (June 12) at 8.25pm.

A video of the scuffle was posted online with the description ”Chinese men fight in Chinatown” in Chinese.

The video starts with a man rushing forward and he appears to hit another man on the shoulder.

A third man retaliated by attacking the first man, who fell backwards over a kerb. A woman’s scream can be heard.

The man who was hit on the shoulder went to attack the first man but was held back by another man with a backpack.

The first man and third man continued confronting each other.

The third man can be heard repeatedly telling the officers in Mandarin that he was trying to stop the fight.

Meanwhile, a man can be seen in the video sitting on the kerb next to all the commotion with zero reaction.

Stomp understands that no injuries were reported and no one was arrested.