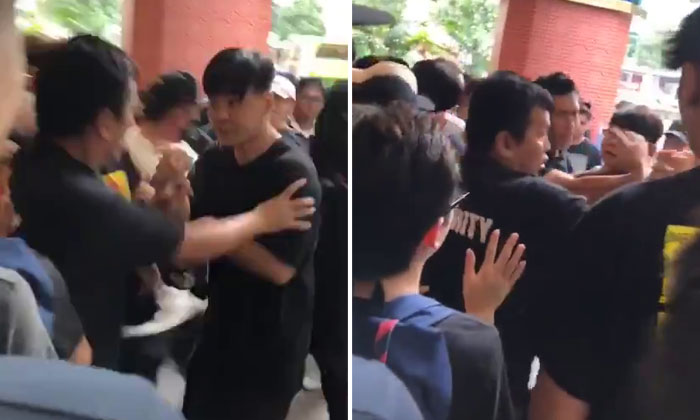 A fight broke out in a crowd that had gathered at Pacific Plaza on Feb 23 for the launch of a new Adidas apparel and footwear collection made in collaboration with American singer Pharrell Williams.

A video of the incident was posted on The Playbook's Facebook page showing men shoving and shouting at each other.

The Straits Times understands that the dispute happened at around 8.20am when someone tried to cut the queue.

According to Adidas' Facebook page, queueing for the Adidas by Pharrell Williams - Hu Holi Blank Canvas collection was set to begin at 8am at the Adidas Originals store at Pacific Plaza.

Sales were to start at 10am.

Each customer was limited to one piece of apparel and one pair of shoes.

Police officers responded to the scene after the fight broke out, but it was ultimately contained by security officers at the mall in Scotts Road, reports The Straits Times.