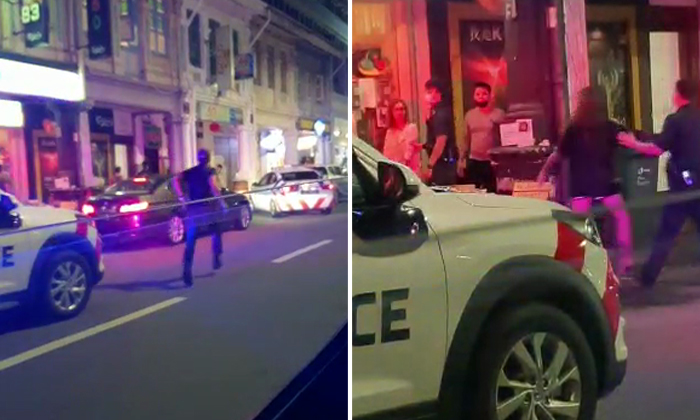 Three women and a man were arrested following a fight that broke out along Foch Road in the wee hours of Thursday (May 13).

Police cars and officers can be spotted at the scene.

A woman is later heard saying, 'F*** your mother' while approaching a group of people, before she is pulled away by a police officer.

In response to a Stomp query, the police said officers came across a dispute along Foch Road at about 2.45am.

Preliminary investigations revealed that a fight had allegedly occurred between two groups.

When officers were trying to separate the parties and advise them to keep the peace, a 33-year-old man allegedly refused to comply and shoved a police officer repeatedly.

The man was arrested for using criminal force to deter a public servant from the discharge of his duty.