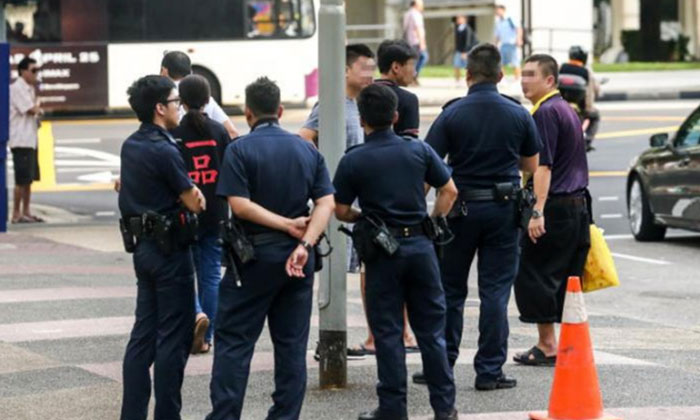 A man sounded his horn while reversing his car to warn another driver, only for the latter to mistake the gesture to be a taunt, and a scuffle ensued.

According to Lianhe Wanbao, the first driver was reversing his car and had sounded his horn to warn other motorists at the back of his vehicle.

However, the second driver at the back mistook it for a taunt.

Feeling ungratified, the second driver alighted his vehicle to confront the first driver.

The two drivers then gathered their friends and met at the Big Mac Centre at 51 Ang Mo Kio Avenue 3 for a talk.

Midway through the talk, the discussion broke down, and soon a brawl between the two sides broke out.

An employee of a dental clinic nearby told Lianhe Wanbao that two men were exchanging blows and tugging at each other’s clothes just outside the establishment.

The two kept tugging as they ran, finally arriving at a staircase outside the clinic.

It is believed that there were only three people between the two vehicles during the fiasco at the parking lot, but several others, believed to be friends of both parties, participated in the ensuing conflict.

Reporters later approached a man in a gray shirt, believed to have been involved, but he declined to be interviewed and left the scene in a car with his friends hurriedly.